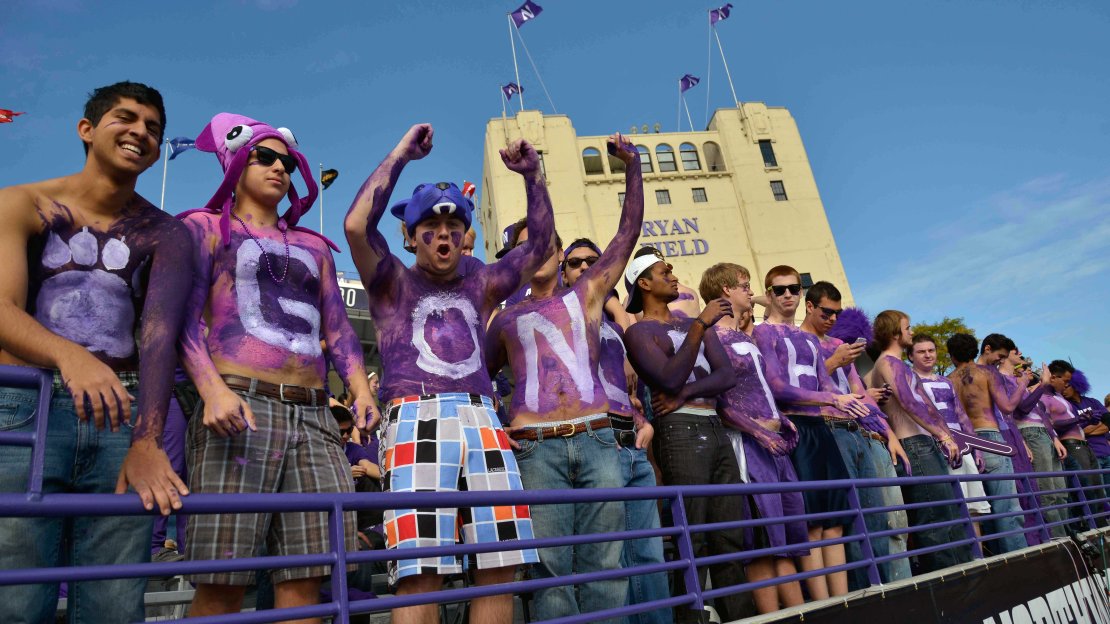 Thanks to a mean rushing attack, Northwestern leads 7-0 at the end of the first quarter. The Wildcats rushed for 80 yards in the quarter. The Wildcats struck first when Kain Colter took a quarterback draw all the way for an eight-yard touchdown run, the final play of a six-play, 80-yard drive.

Venric Mark's 33-yard run took Northwestern from the 20 and across midfield to ignite the drive. The rushing attack provided every yard for the Wildcats on that drive.

Indiana has possession on its own 35-yard line to start the second quarter.

Player on the spot: Indiana running back Stephen Houston. He is part of a deep corps of Hoosier backs that includes Tevin Coleman, Isaiah Roundtree and D?Angelo Roberts who must establish a ground game in the fast-paced Kevin Wilson offense. If Indiana can control the ball, it can grind down Northwestern?s defense and keep the Wildcat attack on the sideline for extended stretches.

Key matchup: Indiana quarterback Cameron Coffman vs. Northwestern defensive line. Coffman, a JC transfer who is an underrated athlete, made his first career start vs. Ball State in place of Tre Roberson, who is out for the year with a broken leg. Coffman flashed potential but will be facing a tough Wildcat front led by end Tyler Scott-who has three sacks-for a defense that ranks second in the Big Ten vs. the run (72.8 ypg). If the Wildcats don?t harass Coffman and let him throw, he?ll test a Northwestern secondary that has played well but still could be vulnerable.

Key number: 221.2, yards per game Northwestern is averaging rushing. That ranks third in the Big Ten. The strong ground game is a contrast to Wildcat offenses of recent vintage that often favored the pass. The rushing attack is led by Venric Mark, a quick dynamo who excels in space. Mike Trumpy works between the tackles, while quarterback Kain Colter is another threat who can get to the edge. The Hoosiers rank 10th in the Big Ten vs. the run (153.3 ypg). Uh-oh.

Key note: Indiana?s last three wins have been vs. FCS schools: South Carolina State in 2011; Indiana State and UMass in 2012. The Hoosiers haven?t beaten a FBS team since the end of 2010.