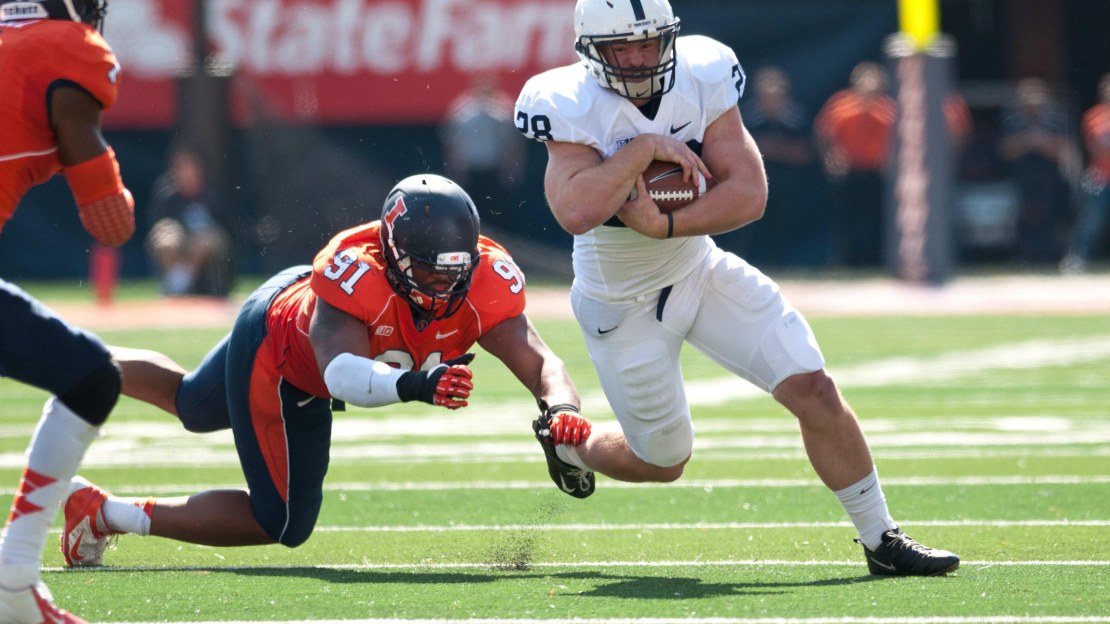 Matt McGloin threw for 211 yards and a touchdown and ran for two more scores to lead Penn State to a 35-7 win over Illinois Saturday in the schools' Big Ten opener. Sophomore running back Zach Zwinak added 100 yards and two touchdowns for Penn State (3-2). The Nittany Lions forced three turnovers and held the Illini (2-3) scoreless for the first 34 minutes.

The first came on the Penn State goal line and Mauti returned it 99 yards near the end of the first half – but Penn State failed to score. The second set up a 1-yard touchdown run by Zwinak that put the game out of reach at 35-7.

FINAL: Zach Zwinak and Matt McGloin teamed up to lead Penn State to a 35-7 victory over Illinois on Saturday at Memorial Stadium. McGloin passed for 211 yards, while Zwinak ran for 100 yards and two touchdowns.

The Fighting Illini's offense could not be stopped by the Nittany Lions, and it rolled on the way to picking up 366 total yards. Penn State's defense, however, made up for the yards it gave up by forcing three turnovers and seizing the victory.

Michael Mauti showed good hands on defense for the Nittany Lions, picking off two Illinois passes. He came up big during a crucial moment in the second quarter, when he intercepted Nathan Scheelhaase on fourth-and-4.