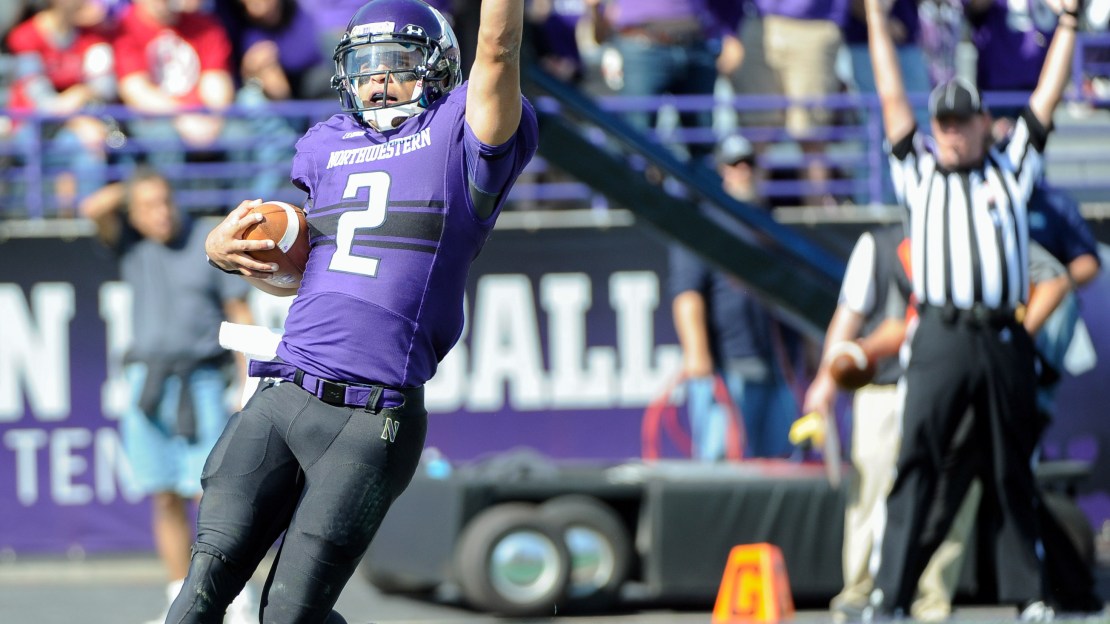 Kain Colter ran for 161 yards and four touchdowns, and Northwestern set a school record with 704 yards of total offense in a 44-29 victory over Indiana on Saturday in both teams' Big Ten Conference opener. Colter also finished with 131 yards receiving. Trevor Siemian threw for 308 yards, and Venric Mark ran for 138 and a touchdown on a day when the Wildcats (5-0) had to hang on after they appeared to be on their way to an easy win.

They led 27-0 lead early in the third quarter before things got interesting.

Indiana (2-2) got with 37-29 when D'Angelo Roberts scored on a 2-yard run and Kofi Hughes ran it in on a reverse for the two-point conversion. Colter helped to ice the game when he scored on a 22-yard run to make it 44-29 with just over 5 minutes left.

FINAL: Kain Colter put the team on his back in Northwestern's 44-29 win over Indiana on Saturday at Ryan Field, rushing for 148 rushing yards and four touchdowns. Defense was an afterthought, as both teams lit up the scoreboard. The teams went wild on the attacking side of the ball, racking up 1116 total yards combined.

The Wildcats racked up the yards against the Hoosiers on their way to victory. The offense for Northwestern hummed along to the tune of 310 passing yards and 383 rushing yards.

Indiana finished with 423 total yards, including 260 yards passing while completing 21 of 38 attempts. The Hoosiers also moved the ball on the ground, earning 163 yards on 29 attempts.