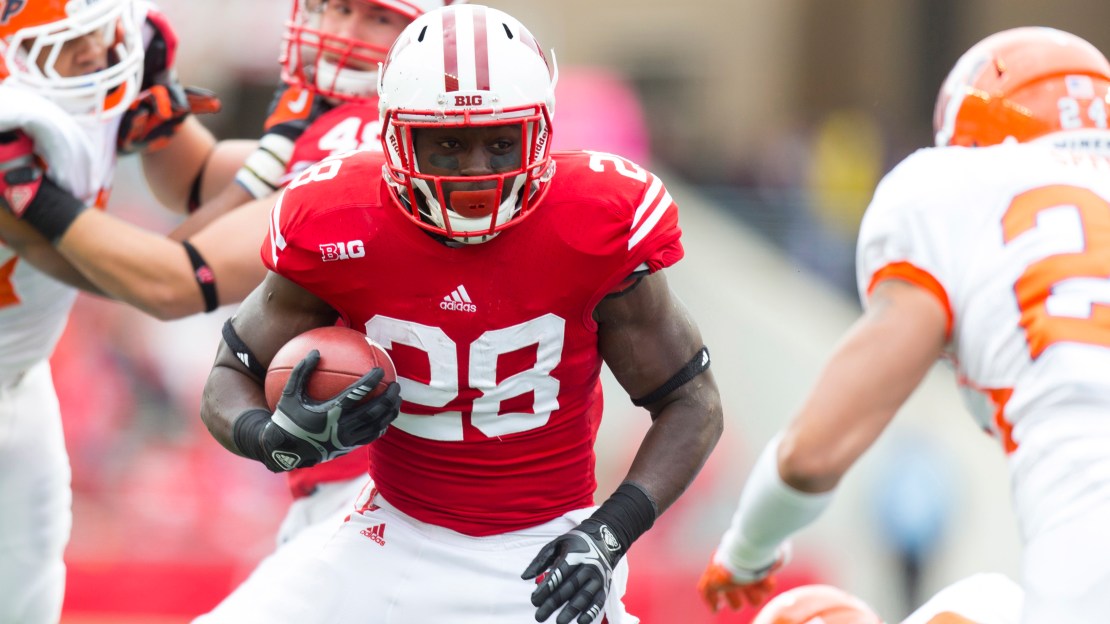 Good news, Badger fans: Montee Ball has been cleared to play at Nebraska after suffering a concussion last week  against UTEP. Think Urban Meyer and Mark Dantonio have breakfast together on Saturday? Probably not. Have a look at some advice for Iowa fans from a familiar name. And what does the U.S. population have to do with recruiting? I found one theory. Let's get to all of the links right now in this post.

Should Ball play? This is Ball?s second concussion since Aug. 1. Wisconsin has some other good options at running back in James White and Melvin Gordon. But, the Badgers may need Ball to beat a team like the Cornhuskers on the road.
On the subject of the Badgers, what was Wisconsin defensive end David Gilbert thinking when he said about Nebraska quarterback Taylor Martinez?

?It still looks like he?s skipping rocks out there to me. But that?s not my concern. That?s probably more a concern of the defensive backs. My concern is hitting him. I don?t care what he throws like. I?m not trying to let him throw at all.
?He still can?t throw. I?m just going to say it. He still can?t throw. He?s not going to beat us with his arm.?

Well, that crack has landed him on the bench to start the game. And it also figures to earn him the ire of Nebraska fans on Saturday night in Lincoln.

Love lost? Between Michigan State?s Mark Dantonio and Ohio State?s Urban Meyer? Uh, no. That only adds fuel to what should be a great game on Saturday between two programs that I think are the best in the Big Ten this season.

Listen up, depressed Iowa fans: Former Hawkeye kicking great Nate Kaeding wants to tell you a story about how Kirk Ferentz once led the Hawkeyes through a stormy time to calm successful waters. Moral of the story: Don?t give up, regardless of the circumstances. And trust in Kirk.

Guest list: Ohio State?s schedule is set through 2016, but expect versions after that to feature more ?heft,? as beefier non-conference slates will be needed to enhance school?s playoff resumes beginning in 2014.

OSU has played some nice non-league matchups in recent years, battling the likes of Miami (Fla.), USC and Texas.
Speaking of Ohio State. Here?s a look at how the losses of the 2009 and 2010 linebacker recruits are hurting the Buckeyes in the here and now.

According to Doug Lesmerises of the Cleveland Plain Dealer, in 2009 and 2010, Ohio State recruited six linebackers. They should be juniors and seniors now. Only one of them is still on the roster. The Buckeyes' issues at linebacker aren't much more complicated than that.

Crank it up: Michigan is off this week. But when it resumes on Oct. 6 at Purdue, it needs to get running back Fitz Toussaint going. He says he?s best when he gets about 20 carries a game. As it is, Toussaint is averaging about 12. The Wolverines need him to carry a decent load to take some heat off Denard Robinson and give the offense some diversification.

Interesting theory: Why is the Big Ten struggling? Blame it on population shifts, says the great Steve Sipple of the Lincoln Journal Star. Americans are moving to the Sun Belt, vacating the formerly densely populated Midwest region. The Huskers try to recruit in the southeast, but it?s difficult.

Nebraska recruiting coordinator Ross Els told Sipple about working the SEC area: ?It's hard because No. 1, there are some very good teams in that area," Els said. "But also, if you look at the state of Florida and where we are located, there are a ton of BCS schools that kids have to fly over to get to us."

My take: So, this is one record he won?t have. And it?s a good one to avoid!

MSU QB Andrew Maxwell hasn't thrown an INT since 3 picks in the 1st half vs. Boise State…and 2 of those bounced off his receivers' hands.

My take: This should quiet Maxwell critics. In fact, Maxwell has played better than many people give him credit for this season.

Kill said sometimes national exposure for your program "can be the kiss of death," referring to a story about the #Gophers in USA Today.

My take: C?mon! Embrace the love and expectations, Coach Kill. It sure beats being ignored.