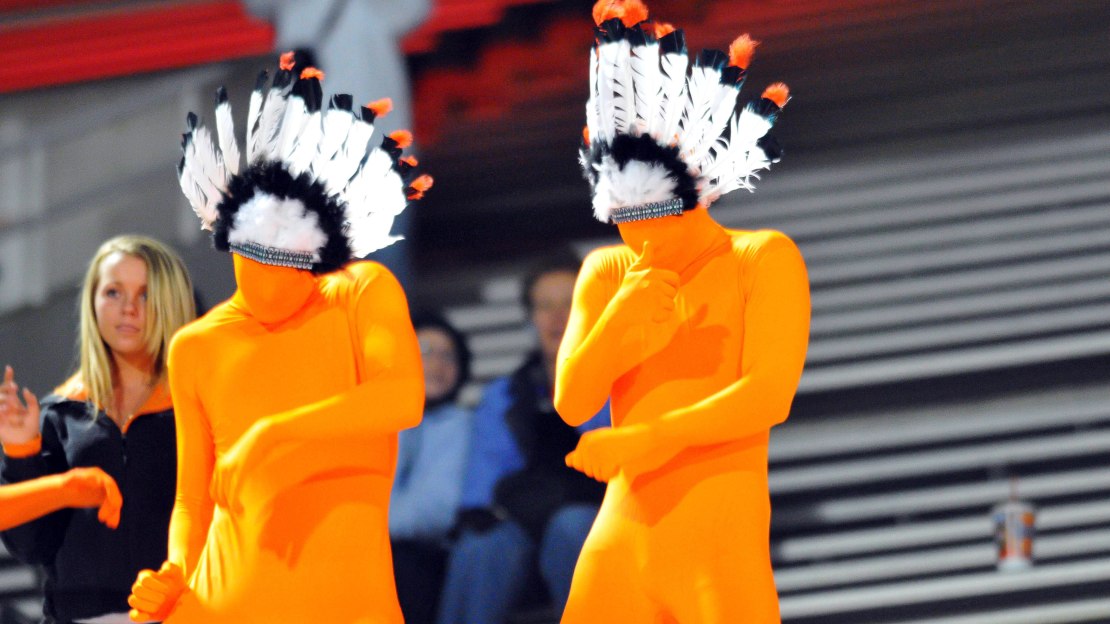 It's that time of week again. You've been sending me your Big Ten questions all week, and now I offer my answers. On tap this week: What's wrong with Illinois? How could I have two Big Ten teams headed to BCS bowls in my latest bowl projections? Find my answers inside.

And don?t be afraid to send questions for future Mailbags. Or you can send them my way on Twitter (@BTNTomDienhart).

Nice article on Tom Osborne. He is a class act and has done many good things. I hope he stays somewhat connected to the program. – Ted S.

Yes, Osborne is a class act. I have had the privilege to cover his games over the years and have always respected and admired the man for many different reasons. He said in today?s press conference that he wants to stay involved with the program. And, I?m sure he will.

Who is the dark horse in the Legends Division? – Tim Kiemel

It?s between Minnesota and Northwestern. Neither was expected to seriously contend or win the Legends Division. But, after four weeks, the Golden Gophers and Wildcats are each unbeaten and on top in the Legends. Of those two, I give a slight edge to Northwestern. Each team?s defense is playing well. But I think the Wildcats have a better offense than Minnesota. I love the talent and depth at receiver; the quarterback duo of Kain Colter and Trevor Siemian; speedy running back Venric Mark, who is one of the best playmakers in the Big Ten. Minnesota just doesn?t have weapons like that on offense.

Two BCS bids? Don't you have to be ranked in the top 14 to even qualify for an at-large BCS game? The only B1G team ranked that high in either poll right now is OSU, who is ineligible for the postseason. I think our conference champion will eventually climb back up the rankings, but I just don't see two teams cracking the top 14 right now. It's a long season, and crazy things happen, but still. – Vaudvillian

You make good points about my bowl projections. But they are ?projections? and not just a snapshot of the ?here and now.? As I point out, history says it?s likely the Big Ten will get two teams in the BCS. It has happened 11 times in the 14-year history of the system. By early December, I think the Big Ten will have at least two teams ranked 14th or higher. Watch and be patient.

How can Purdue keep dropping to a lower bowl in your projections, especially when we didn't even play last weekend? How can we go from the Gator Bowl to the Buffalo Wild Wings Bowl? Just curious. – Kirk Wiley

Both the Gator and Buffalo Wild Wings Bowl are ?Big Ten Nos. 4 or 5? in selection. Not a difference. And, do you REALLY think Purdue has done more right now than Northwestern? The Boilermakers have beaten FCS Eastern Kentucky and Eastern Michigan. Period. That?s it. That resume pales compared to Northwestern?s.

What are the chances of a Minnesota vs. Wisconsin matchup in the Big Ten title game? – Ben

Wow. I guess it could happen. I like the Badgers? chances better than the Gophers, as they are starting to work out some kinks on offense with Joel Stave at quarterback and the line seemingly coming around. The Golden Gophers are one of just three Big Ten unbeatens and a real feel-good story. I love it. But I want to see how Minnesota does on the road in the Big Ten before painting my face maroon and yellow and buying championship game tickets. Alas, crazier things have happened.

Hey, just because the TicketCity Bowl (and it?s seeking a new sponsor as I type this) is played on January 1st doesn?t mean it?s a special event in the ?New Year?s Day Bowl? vernacular. This is a bowl that belongs on a Tuesday afternoon in late December, as it pits a team from Conference USA vs. the Big Ten team No. 7. Prestigious? Hardly. Out of the question for Iowa to maybe get there? Hardly. The season is four games old.

Michigan would be undefeated if it played the schedule that Ohio State and these other Big Ten Teams have played, don?t you think? I?m just saying. – Scott Schlaack

I agree! Michigan probably played the toughest non-conference schedule in the Big Ten-if not the nation: against Alabama in Arlington, Texas; UMass; Air Force; at Notre Dame. Ohio State? It played four home games vs. unranked teams: Miami (Ohio); UCF, Cal; UAB. And know this: Michigan is a young team, loaded with freshmen and sophomores. So, this wasn?t an idle schedule for a team with a youthful makeup. But perhaps Michigan will grow and benefit from the tough September competition.

Northwestern is a squad that really doesn't blow out teams. The Wildcats manage to win games, but not by much. Do you think they can navigate their schedule well enough to win the Legends and play in the Big Ten Championship-and maybe even go to the Rose Bowl? – Sam S.

This is a good Northwestern team that Pat Fitzgerald has said is his deepest yet. And, it may be his best. The key will be the defense continuing to play well, especially vs. the run. The Wildcats are No. 2 in the Big Ten vs. the run (72.8 ypg). The offense is balanced and has a nice mix of playmakers. The schedule will be tough, with road games at Penn State; Minnesota; Michigan; Michigan State. And games vs. the Wolverines and Spartans are on back-to-back Saturdays. There also is a home game vs. Nebraska. So, can Northwestern continue its magical ride? Perhaps, but it will be a big challenge.

What is the problem with the Illini football team? – Tom Reeter

This is a transition year, with Ron Zook out and Tim Beckman in. There has been a learning curve and overall adjustment period for the staff and players. It didn?t help that starting quarterback Nathan Scheelhaase got hurt and missed two games. And I think the defense got caught in bad matchups with Arizona State (45-14, 510 yards) and Louisiana Tech (52-24, 403). With Jonathan Brown, Akeem Spence, Terry Hawthorne and Michael Buchanan, this defense is better than it showed in those two games. Spence recently said that the defense isn?t blitzing or as aggressive as it was last year, which could be an issue. There is still enough talent for this Illinois team to reach a bowl.

I agree with your take on Minnesota quarterback Max Shortell, as the offense may be better with him at the controls. At the same time, won't a healthy MarQueis Gray still be a great asset as a receiver, which he excelled at in his sophomore year? I believe that this is a team that is very young but very well coached and may surprise many. – Randy Dusich

I agree with your notion that this is a well-coached team and a huge surprise. I think Jerry Kill, Jim Limegrover, Tracy Claeys, Bill Miller et al., are outstanding. As for Gray, I suspect he will be the quarterback when he returns from injury. But it would be fun to see him and Shortell on the field together. And, maybe we will at some point this season. It?s all about getting your best players on the field together, right? Kill will figure something out.