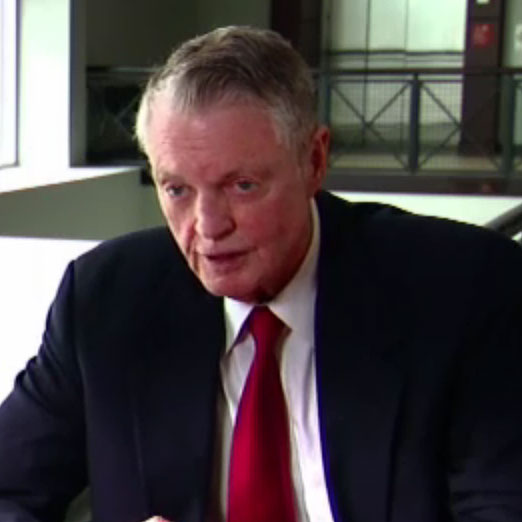 Staid and stoic. I can?t think of two words that better describe Tom Osborne. He also was very good at whatever he did, and he did plenty. First as a football coach. Later, as an athletic director. Now, the 75-year-old Osborne is retiring effective Jan. 1, making the announcement today in Lincoln.

The trajectory is good because of Osborne, a man known affectionately as "Dr. Tom" to the 1.8 million denizens of the Cornhusker State who first fell in love with Tom Osborne, the football coach.

What wasn?t there not to love?

Osborne arrived in Lincoln as an assistant in 1964 and became offensive coordinator in 1969. He then followed legendary Bob Devaney as head coach in 1973 and over the next 25 years continued to build the Cornhusker dynasty.

Osborne added to that rich tradition by winning national championships in 1994, 1995 and 1997. He also guided the Cornhuskers to 13 conference championships before stepping down after the 1997 season with a 255-49-3 record.

But that wasn?t the punctuation point on his career. Not by a long shot.

Osborne became "interim" athletic director in 2007 after Steve Pederson was fired. Well, the "interim" tag stuck, as Osborne has remained in charge for five years, adding to an already lush legacy. In fact, for all of the great Osborne did as a coach, perhaps his most enduring work has been done as athletic director.

When Osborne took over, the proud football program he had helped build was in disarray. A little over a month after assuming command, Osborne fired Bill Callahan as football coach. Soon thereafter, Osborne hired Bo Pelini. The football program has since stabilized and looks poised for big things in the fifth season under Pelini.

Osborne?s watch also has seen Nebraska move from the Big 12 to Big Ten, officially joining in July 2011. The conference affiliation switch brought more stability, enhanced exposure and improved revenues-helping the entire athletic department. And the university benefits from being in the same circle as Big Ten universities, all of which possess ample academic heft.

The school also has seen athletic facilities improve with Osborne at the helm. A sparkling basketball palace is under construction, which will complement an already-plush training facility. Seats also are being added to venerable Memorial Stadium. And the building goes on.

But, he would never tell you that. It?s not his style. Remember: staid, stoic.

?The legacy question is a tricky one,? he said on Wednesday when asked about his legacy. ?I?d rather you guys write that. I don?t really have any thoughts on that.?

An entire state will forever be indebted to Osborne for its obsession with Husker football. He helped nurture and enhance a state-wide culture that worshiped on crisp, fall Saturday afternoons at Memorial Stadium.

From Scottsbluff to Grand Island, everyone in the state has a crush on Nebraska football. They loved the simplistic beauty of the brand of "line ?em up, knock ?em down" option football that became the Cornhusker brand. Like the Nebraska uniforms, it appeared to be bland. But the approach got the job done, and it became famous.

And fans especially loved the results, which often were devastatingly impressive and frequently left opponents buried in an avalanche of rushing yards and regret.

Quite an accomplishment for Osborne, who was a tall, angular former quarterback from tiny Hastings College who arrived in Lincoln as an unpaid assistant to start his coaching career.

But, T.O. wasn?t gonna take a bow for any of this on this day. Nope. Not his style. Remember: staid, stoic.

?Whatever was accomplished here wouldn?t have happened without a unified and loyal fan base,? he said. ?It has been enjoyable for me. I have enjoyed it.?