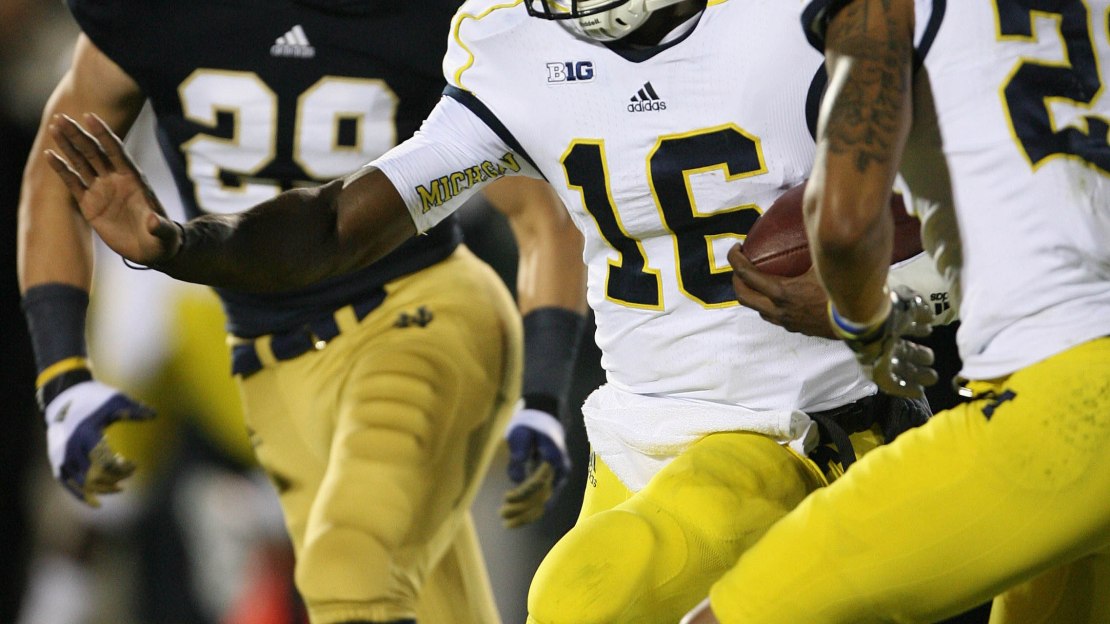 The plug is being pulled on one of college football?s best rivalries with news today that Notre Dame was exercising an option to end its series with Michigan.

According to the AP, the last scheduled meeting will be in 2014, as Irish A.D. Jack Swarbrick has sent a letter to Notre Dame A.D. David Brandon notifying him of cancellation of the games that were slated for 2015-17.

This is sad news, as college football became a bit poorer today. The sport already has seen some great rivalries end because of conference expansion. Some of the top casualties include Texas-Texas A&M; Nebraska-Oklahoma; Missouri-Kansas.

Now, ND-Michigan is over-save for a possible bowl meeting. The schools met last Saturday, with ND taking a 13-6 win at South Bend.

Notre Dame and Michigan were set to meet the next five seasons before taking 2018-19 off. The schools, which had played each season since 2002 and regularly since 1978, hoped to resume the series after that. But now, it?s off with this news today.

Notre Dame recently announced it will join the ACC for all sports but football beginning in 2014. As part of the agreement, the Irish will play five football games a season vs. ACC foes. That leaves just seven other games for the Irish to schedule each season, with two dates seemingly slated for Navy and USC.

Notre Dame also has annual series with Purdue slated to run through 2021. What will happen to that game? And Michigan State has an agreement to play the Irish four years in a row; take two years off, etc. The schools aren?t slated to meet in 2014-15. Will the series be ended?