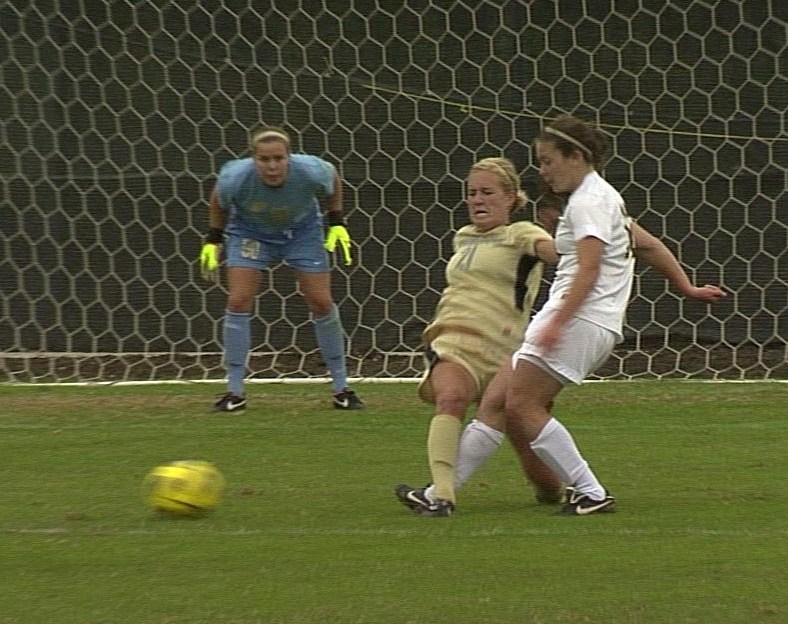 Taylor Wodnick tallied a goal in the eighth minute to lift Minnesota past Michigan State, 1-0. The victory is the Gophers' first Big Ten win of the season. Read the full recap at GopherSports.com. Watch the Minnesota and Michigan State highlights now and dive inside for more of our Sunday Olympic sports video.

Purdue women's soccer received an equalizing goal early in the second half from Hadley Stuart, but Iowa responded with two more scores and defeated the Boilermakers, 3-2, Sunday afternoon. Read the full recap at PurdueSports.com.

Big Ten Student U talks with Iowa's Dana Dalrymple after their 3-2 victory over Purdue on Sunday afternoon.

Big Ten Student U also talks with Iowa's head coach Ron Rainey after their 3-2 victory over Purdue on Sunday afternoon.

A pair of corner kicks from sophomore Caroline Gray led the Nebraska soccer team to a 2-1 win over the Indiana Hoosiers on Sunday afternoon at the Nebraska Soccer Field, as the Huskers improved to 2-1-0 in Big Ten play. Read the full recap at Huskers.com.

The Wisconsin volleyball team lost a hard-fought, 3-2, match to No. 20 Illinois Sunday afternoon at Huff Hall in Champaign, Ill., ending a 12-game winning streak.  Read the full recap at UWBadgers.com.