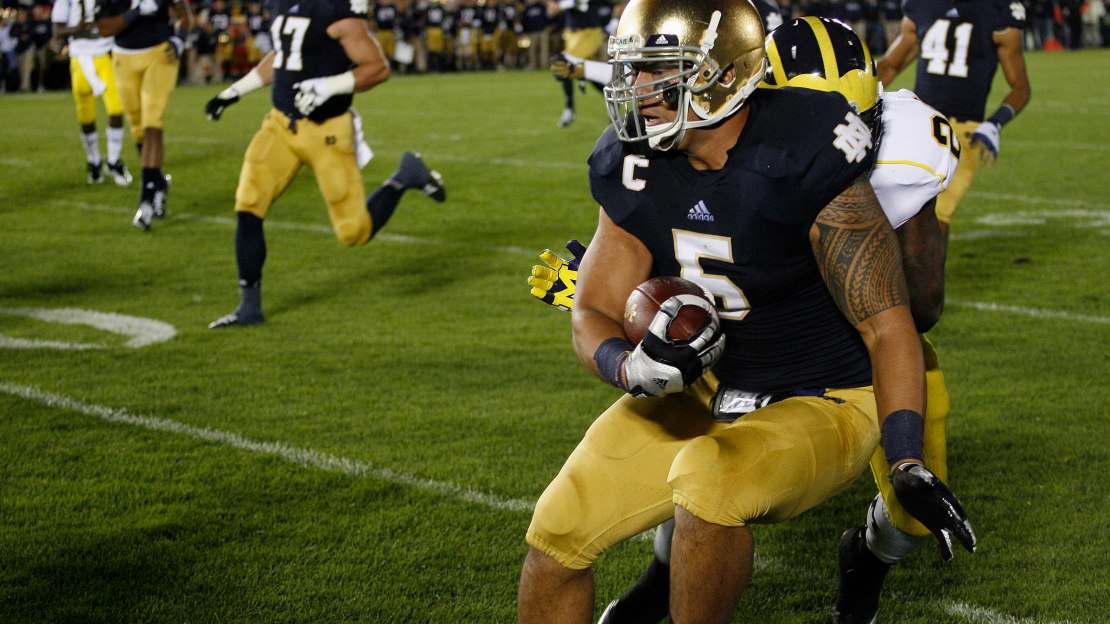 The first quarter saw both teams combine for no points and two turnovers and the game is tied 0-0 at the end of the first quarter. No. 15 Notre Dame will start the second quarter with possession at its own 31-yard line.

Use these links to track all the action:

Why you should watch: This is the last big non-conference game for the Big Ten in what has been a poor non-conference season for the league. A win also may stamp Michigan as the Big Ten favorite. This is an iconic rivalry between two of the sport?s classic programs. Last year?s game was a beaut, as the Wolverines took a 35-31 triumph on a game-winning touchdown pass with two seconds left.

Keep an eye on: The Wolverine defense. It hasn?t played well overall, ranking just eighth in the Big Ten (369.0 ypg). The rushing defense is 11th (211.3 ypg); the scoring defense is last (26.3 ppg). Here come the Irish led by first-year coordinator Chuck Martin who no doubt gets help from Brian Kelly. ND?s attack is starting to emerge behind athletic signal-caller Everett Golson, whom Michigan must force into some turnovers.

Key matchup: Michigan QB Denard Robinson vs. Notre Dame linebacker Manti Te?o. Robinson is one of the most dangerous players in the nation, a true one-man gang who is capable of scoring each time he touches the ball. Te?o is coming off an emotional week in which his Irish allowed only 237 yards in a huge 20-3 at Michigan State following the deaths of a grandmother and girlfriend. The senior leads the Irish and ranks 35th in the nation in tackles, averaging 10.0.

Key note: Denard Robinson has a combined 944 yards of total offense in the last two meetings. He?ll need another big day in a rivalry that Michigan has won the last three years in dramatic fashion by pulling the game out in the final 30 seconds.