Montee Ball out of game with head injury 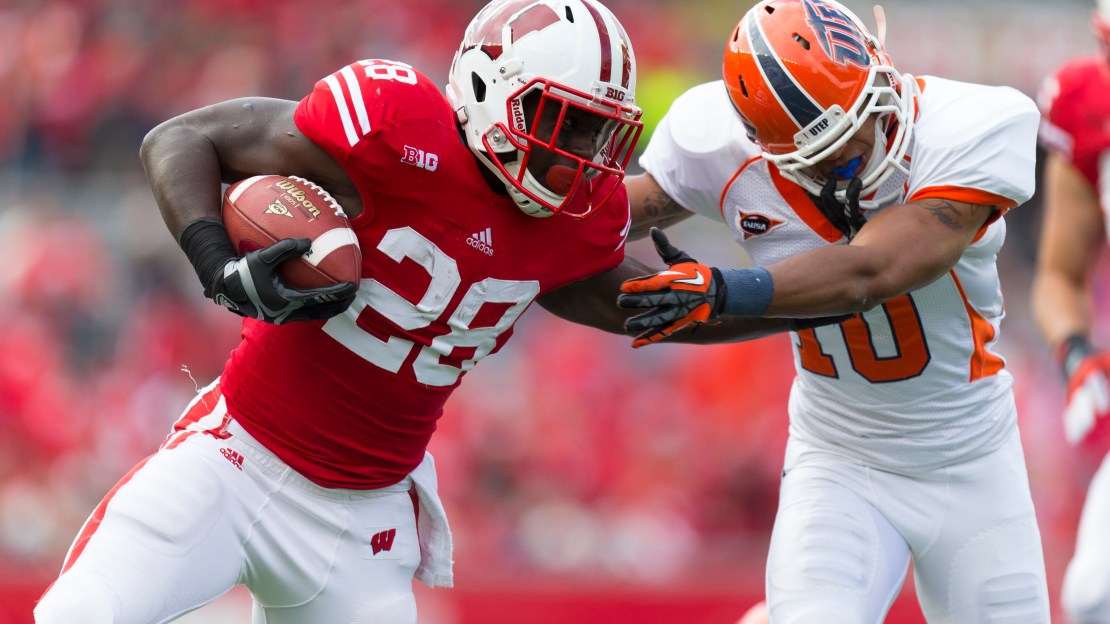 Heisman Trophy finalist Montee Ball has left Wisconsin's game against UTEP with a head injury. Ball appeared to be injured on a 1-yard scoring run at the start of the second quarter Saturday. He looked shaken as he got up, and the Wisconsin medical staff was quick to take him on the sidelines and examine him.

A doctor or trainer rubbed Ball's neck at one point, and someone grabbed his helmet as soon as he stood up. An announcement was made that Ball had a head injury and would not be returning.

Ball finishes the day with nine carries for 40 yards. He also had the first fumble of his career; he had carried the ball 654 times without turning it over before his miscue on the opening drive.