Minnesota holds off Syracuse, moves to 4-0 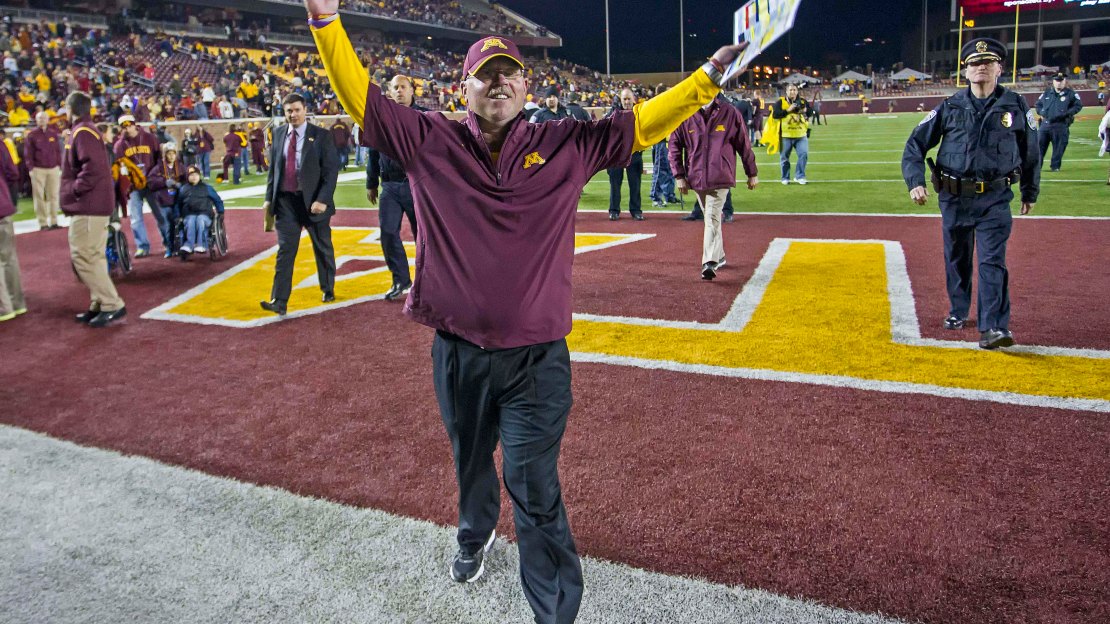 Donnell Kirkwood rushed for 99 yards and two touchdowns and the Minnesota defense showed it is no longer the pushover it has been for decades in a 17-10 victory over Syracuse on Saturday night. The Golden Gophers forced four turnovers and Max Shortell threw for 231 yards in place of injured starter MarQueis Gray to improve to 4-0 for the first time since 2008.

Ryan Nassib threw for 228 yards and a touchdown for Syracuse (1-3), but he was intercepted twice and lost a fumble. The Orange also committed 10 penalties, including four false starts in suddenly rowdy TCF Bank Stadium.

The gem of a stadium on Minnesota's campus has been awfully quiet for most of its three seasons of existence. But a sellout crowd of 50,805 gave the Gophers a big advantage.

FINAL: Syracuse tried valiantly, but couldn't climb out of a 14-point hole against Minnesota, and ended up on the losing end of a 17-10 final on Saturday at TCF Bank Stadium. The Golden Gophers' defense was porous throughout the game, allowing 352 yards to the Orange. In the end though, Minnesota forced Syracuse into four turnovers to clinch the win.

Donnell Kirkwood carried the offensive load for the Golden Gophers, piling up 97 rushing yards and two touchdowns on 28 attempts.

The Orange's Ryan Nassib was good for 229 yards during the game, completing 21 of 31 passes. Nassib tossed one touchdown and two interceptions. Nassib's favorite target on the day was Alec Lemon. He hauled in nine catches for 106 yards.