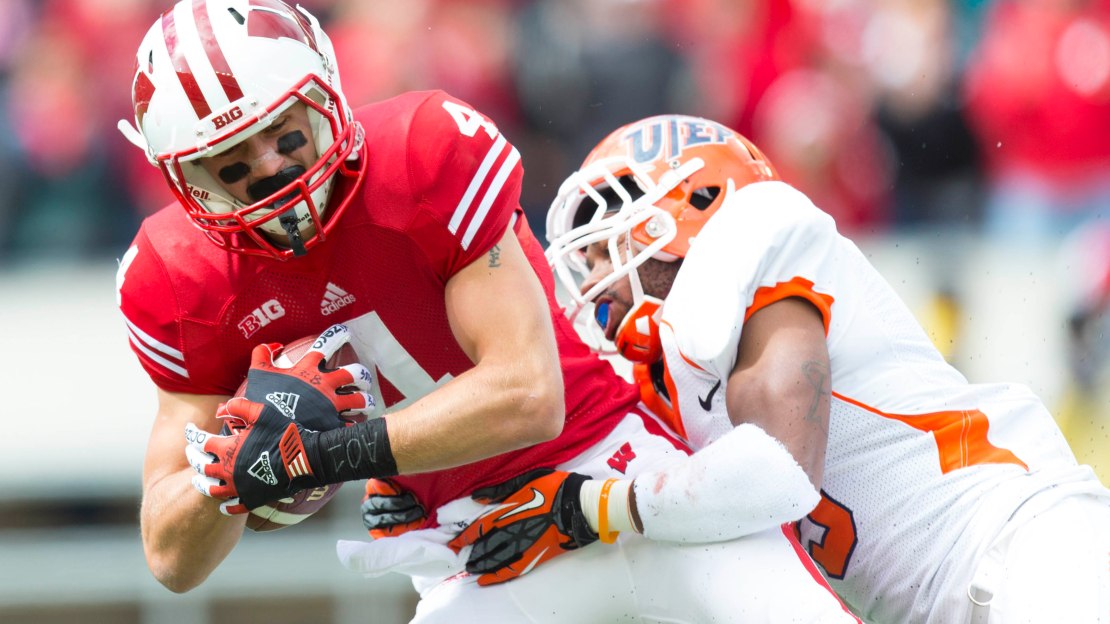 Wisconsin's front seven stepped up in the second quarter, allowing UTEP to gain just 24 rushing yards, and the Badgers have taken the lead 23-9. Wisconsin's defense shut down the Miners' aerial attack in the quarter, holding UTEP to 25 passing yards.

Montee Ball's one-yard touchdown run finished off a seven-play, 67-yard drive and gave the Badgers the lead, 9-6. Melvin Gordon's 20-yard run took Wisconsin from the 33 and across midfield to ignite the drive. The ground game accounted for every yard during that series.

[AP: Montee Ball out of game with head injury]

The Badgers added to their advantage when James White ran three yards to paydirt, the clincher of a four-play, 86-yard drive to give Wisconsin the lead, 16-6. The Badgers used Joel Stave's 60-yard pass to fuel the drive.

Wisconsin opened up the lead, 23-6, after marching down the field for a one-play, 47-yard drive that ended when Stave tossed a 47-yard touchdown to Jared Abbrederis. The Badgers began the drive with good field position after Wisconsin returned a punt.

The Badgers' Abbrederis topped 100 yards receiving for the game in the quarter, and has plenty of time to add to his 130 yards and four catches.

UTEP will have possession to start the second half.