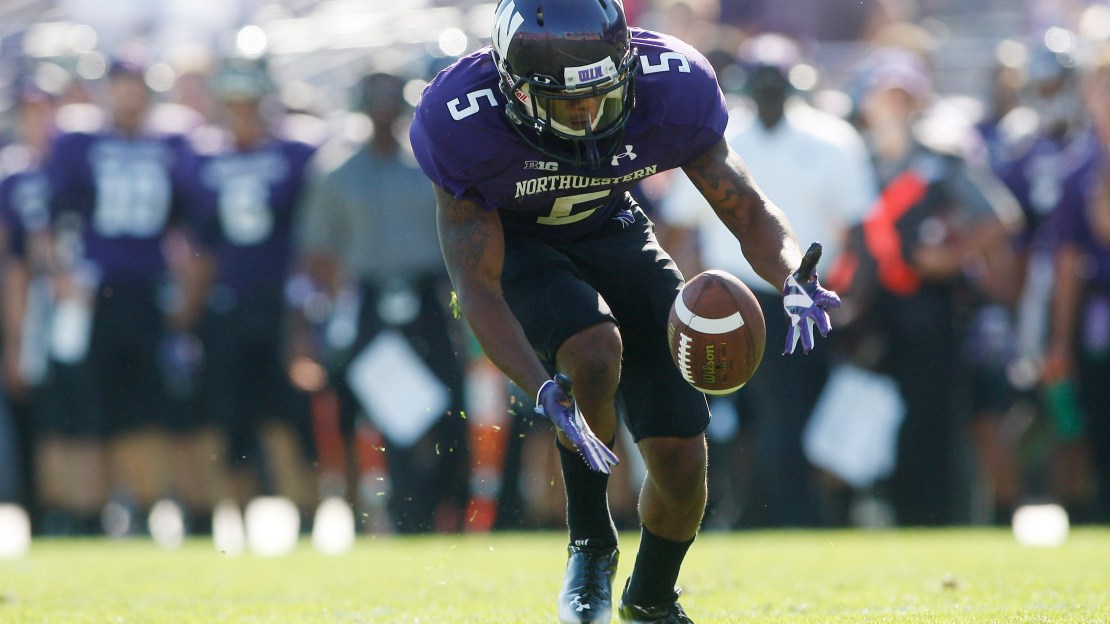 Amid the negativity of the Big Ten?s uneven effort in non-conference play, Northwestern has emerged as a beacon, a feel-good story. The Wildcats are off to a 3-0 start-with all three victories coming vs. FBS conference foes: Syracuse, Vanderbilt, Boston College. The rest of the Big Ten has one win over FBS teams, and that was Ohio State over Cal. With a game against FCS South Dakota this week, Northwestern is primed for a 4-0 start.

And, get this: Northwestern could be 7-0 when it plays host to Nebraska on Oct. 20. Yes, it?s true. And, I hope it happens. Please, football gods, grant this wish. Remember that Northwestern beat Nebraska last season in Lincoln.

Room for improvement: Wisconsin is 2-1. But it isn?t a pretty 2-1. The victories have been narrow and unimpressive, as the Badgers beat FCS Northern Iowa by five points and Utah State by two. The loss was an ugly 10-7 defeat at Oregon State. Bottom line: Bret Bielema has a lot to fix.

Six new assistants, a new corps of receivers and an overhauled offensive line have been the top issues-as the offense has struggled.

Another problem has been quarterback play. With Week 4 here, the team could be primed for a quarterback change. In fact, all signs seem to point toward redshirt freshman Joel Stave starting over Maryland transfer Danny O?Brien.

Another part of that bottom line: This season is starting to feel a lot like 2008, when the Badgers went 7-6 overall and 3-5 in the Big Ten.

Front lines: Who has been Ohio State?s best offensive lineman so far? Urban Meyer says it has been tackle Jack Mewhort.

Mewhort has come a long way since an offseason arrest that landed him a suspension by Meyer. Now, Mewhort is the leader of a front that entered the season amid questions but quickly is morphing into a strength.

Stepping up: Coming off a 34-7 win over Navy, Penn State?s first of the season, one thing is emerging: the linebackers and wideout Allen Robinson are setting the tone.

The staff knows it has known commodities in linebackers Michael Mauti, Gerald Hodges and Glenn Carson. But Robinson has been more of a revelation, adding a needed big-play element to an offense with little explosive ability. Another revelation: defensive end Deion Barnes, who has been one of the Big Ten?s top newcomers. The kid will play on Sundays. Write it down.

Air Gophers: Yes, MarQueis Gray is out with an injury, but the Minnesota offense may not look much different with Max Shortell at the controls. Still, look for the Golden Gophers to perhaps rely a bit more on the pass, given Shortell?s strong arm. Conversely, with Gray, Minnesota often opted to run to take advantage of his athletic skills.

New guy's pretty good: Iowa?s woes at running back are so bizarre, they almost seem made up. But, the injuries and attrition are true.

The team got some good news when it was announced that Jordan Canzeri has been cleared to play at some point this season after injuring a knee in the spring. Damon Bullock (concussion) may be out this Saturday, while Greg Garmon (elbow) may be available after each left last week?s game. That left walk-on fullback Mark Weisman-a transfer from Air Force-to carry the load last week. And he delivered with 113 yards and three touchdowns. And he figures to be the guy again this Saturday. This, ladies and gentlemen, has been one of the feel-good stories of 2012.

Fast & curious: Speed kills. Ask any coach. That is why Michigan defensive coordinator Greg Mattison is worried about facing Notre Dame quarterback Everett Golson. This is a quicker Irish team across the board, notes Brady Hoke. And he is correct. But it?s Golson who leads the charge and will stress a Michigan defense that has struggled to stop the run this season. Unless the Wolverine defenders play a great game, Michigan will have little chance to emerge from South Bend with a victory.

If Stave is indeed the starter on Saturday, what is the over/under on his passes? Montee Ball rushes? I say 15 and 30. #badgers

My take: Yes, if Stave is the starter, I say Ball gets 30 rushes. The Badgers can?t rely on Stave to throw often.

My take: Yet another weird fact from what was a weird game last season in Ann Arbor.

MSU RT Skyler Burkland on thinking back to the Notre Dame game. "It makes you sick to your stomach. … It sucks a lot."

My take: Yes, this sounds about right. Burkland isn?t alone in this sentiment.

Syracuse QB Ryan Nassib could be the best pure passer the #Gopher D will see this year. He ranks second nationally with 1,139 pass yds.

My take: I think this goes without saying, considering the dearth of passers in the Big Ten. In case you were wondering: Minnesota has the No. 2 pass defense in the Big Ten (162.7 ypg).

Iowa is going for its first back-to-back wins in nine games this week.