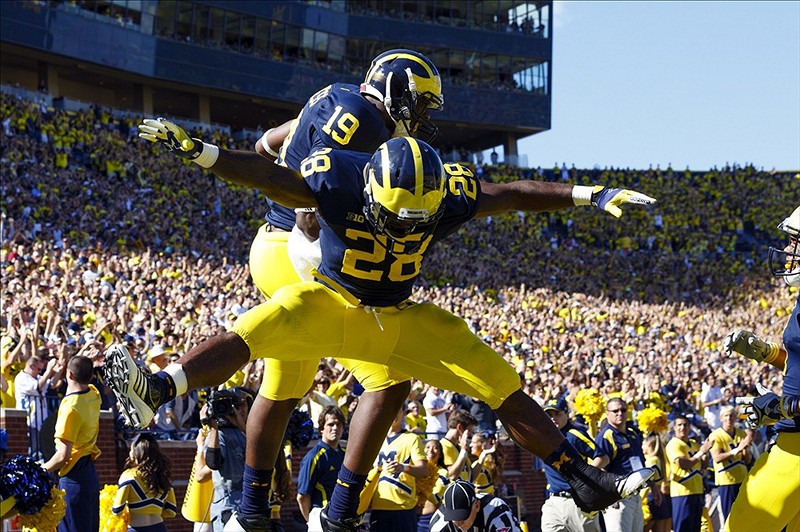 As I do every Wednesday, I have questions that I hope are answered Saturday. One week away from the start of Big Ten play, here are my most pressing queries for the 10 Big Ten teams in action this week.

Read all of my Big Ten coverage here and don't forget to send any of your questions my way for my weekly Big Ten Mailbag.

Illinois
Will Nathan Scheelhaase be back? It sounds like he may be over an ankle injury suffered in the opener. Scheelhaase has missed the last two games, which the Fighting Illini have split. But Illinois may need him back for this week?s visit from Louisiana Tech. The Bulldogs? offense ranks fifth overall in the nation (603.5 ypg). The passing game is No. 17 (314.5 ypg).

Michigan
Will Denard Robinson continue to get help? Junior Devin Gardner continues to show promise at receiver. He has eight catches for 155 yards and three touchdowns-all team highs. True freshman tight end Devin Funchess has six receptions for 140 yards and two scores. And running back Fitz Toussaint is coming off an 85-yard rushing effort vs. UMass.

Michigan State
Will the offensive line play better? Time and again in that ugly 20-3 home loss to Notre Dame, Spartan quarterback Andrew Maxwell was harassed in addition to being sacked four times. The unit needs to protect better. Not having injured right tackle Fou Fonoti vs. ND hurt. Also, the wideouts need to improve after suffering eight drops vs. the Fighting Irish.

Minnesota
Will the offense be OK without QB MarQueis Gray? He left last week?s game with an ankle injury and may be out for two-to-four weeks. Max Shortell took over and looked good, completing 10-of-17 passes for 188 yards with three touchdowns and an interception. The sophomore isn?t a running threat like Gray, but at 6-6, 237, Shortell is a load. And he?s a better passer.

Nebraska
Can the defense build off last week's improvements? A game vs. FCS Idaho State doesn?t figure to offer much of a challenge. Still, it will be important for the Cornhusker defense to duplicate its strong effort last week vs. Arkansas State, when it permitted just 286 yards a week after yielding 653 at UCLA.

Northwestern
Can the defense continue to play well? The Wildcats don?t figure to get much of a test vs. FCS South Dakota. Still, see if the Northwestern defense plays as well as it has the past two weeks vs. Vanderbilt and Boston College. Vandy had just 318 yards, while BC had only 315. This after allowing 596 to Syracuse in the opener.

Ohio State
Is Braxton Miller in peril of wearing down? The Buckeyes need to guard against overuse for the sophomore sensation. It helps that running back Jordan Hall returned last week from a foot injury, running 17 times for 87 yards vs. Cal. The staff needs to let Hall and others carry the burden this week vs. an overmatched UAB team and save Miller for that big game at Michigan State on Sept. 29.

Penn State
Can the offense continue to excel? After scoring a combined 30 points in the first two games, the Nittany Lion attack exploded for 34 in a 34-7 victory over Navy. The numbers still aren?t pretty, as the offense ranks last in the Big Ten in rushing (107.7 ypg); fifth in passing (233.3 ypg); 10th overall (341.0 ypg); ninth in scoring (21.3 ppg). But, the Navy game could be a nice spark with Temple coming to town.

Wisconsin
Can the offense get on track? The offense is stuck in the mud after enjoying historical highs the past two seasons. The Badgers are 11th in the conference in rushing (119.7 ypg), last in passing (156.3 ypg) and last overall (276.0 ypg). The offensive line coach has been fired-and a quarterback controversy may be developing. UTEP visits, and it is allowing 26.7 points and 455.7 yards per game. This could be just what the doctor ordered for the ailing Wisconsin offense.