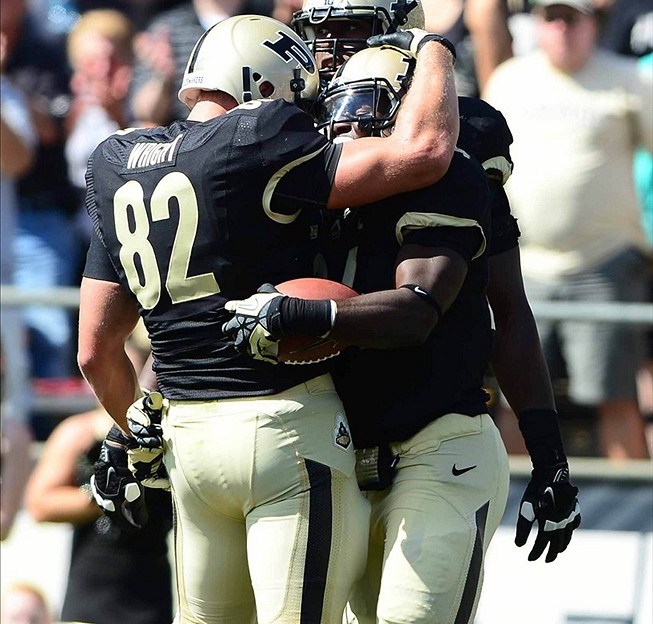 Purdue racked up 61 rushing yards in the first, and the Boilermakers lead 13-0 at the end of the first quarter. Purdue scored when Akeem Shavers turned a handoff into a 40-yard touchdown to cap off a six-play, 65-yard drive, giving the Boilermakers the game's first lead.

Purdue opened up the lead, 13-0, after marching down the field for a five-play, 29-yard drive that ended when Caleb TerBush threw an 18-yard touchdown pass to Antavian Edison. The Boilermakers started in good field position when Jay Karutz blocked a punt.

Eastern Michigan will start the second quarter with possession on its own 32-yard line.

Why you should watch: The Boilermakers are looking to rebound from a tough loss at Notre Dame. How will Purdue respond? And it must move forward without QB Robert Marve, who for the third time is dealing with a knee injury and is out indefinitely. Purdue should overwhelm an overmatched Eastern Michigan team. If not, it?s a concern.

Keep an eye on: The quarterback situation. With Marve out, Caleb TerBush is the starter-but Rob Henry has moved into the No. 2 role. He was the starter in 2010 before suffering a knee injury in camp in 2011, which opened the door for TerBush. Neither is a sharp passer. Expect both to play.

Key matchup: Boilermaker offensive line vs. Eastern Michigan front seven. The Purdue offensive line doesn?t look overly powerful. It allowed four sacks to the Fighting Irish, as the Boilers ran for only 90 yards. This is a Purdue attack that needs more explosive plays. And it begins with good line play.

Key note: Purdue had eight penalties last week. It must sharpen its focus and learn to play smart, disciplined and mistake-free football with Big Ten play just around the corner.