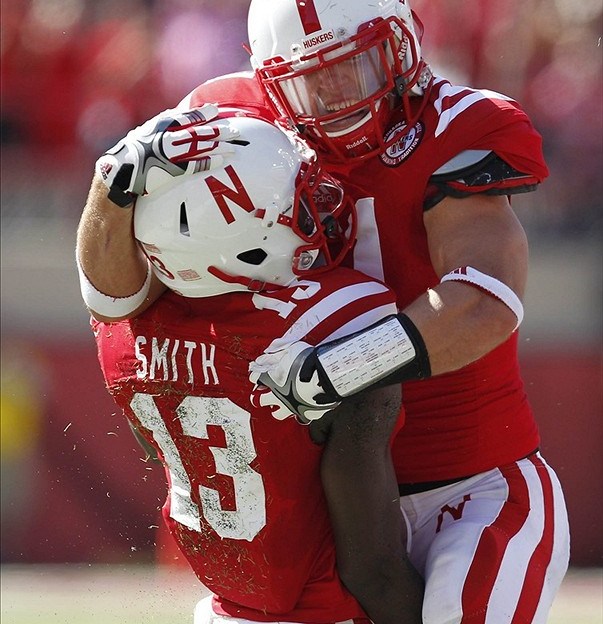 Ameer Abdullah led No. 24 Nebraska in the quarter. He ran for 19 yards and one touchdown and caught one pass for 26 yards, and the Cornhuskers lead 14-0 at the end of the first quarter. The Cornhuskers took the game's first lead after Abdullah pounded in a one-yard touchdown run on the last play of a nine-play, 51-yard drive. Nebraska threw just two times on that drive.

The Cornhuskers opened up the lead, 14-0, after marching down the field for a five-play, 67-yard drive that ended when Taylor Martinez threw a 42-yard touchdown pass to Kenny Bell. Martinez's 22-yard pass to Kyler Reed took Nebraska from the 32 and across midfield to ignite the drive.

Arkansas State will start the second quarter with the ball on its own 33-yard line.

Why you should watch: The Cornhuskers were beaten soundly last week at UCLA and need a confidence-building triumph. What will be their mind-set? Has the defense tightened up? Has Taylor Martinez regained his form of the opener? Oh-by-the-way: Martinez needs 39 rushing yards to become only the second Husker and 25th in NCAA annals to record 4,000 passing yards and 2,000 rushing yards.

Keep an eye on: The defense was utterly embarrassed, allowing 653 yards. That was the second most ever yielded by a Cornhusker defense. And UCLA ran an astounding 94 plays. The staff spent the week tinkering with the lineup, as LBs David Santos and Zaire Anderson are running with the first team. And some freshmen may emerge on the line, as the Huskers look for more speed.

Key matchup: The Cornhusker front seven vs. Arkansas State QB Ryan Alpin. No doubt, Nebraska needs to tackle better as it faces its second spread offense in succession in the start of a three-game home stand that the Huskers need to take advantage of.

Key number: 574.5, yards per game that Arkansas State is averaging to rank seventh in the nation under Gus Malzahn and his quick-paced attack.

Key note: 10, points scored in the second half of losses last year to Wisconsin, South Carolina and Michigan. Vs. the Bruins last week, Nebraska managed just six points on a pair of field goals in the second half. Those second-half blues must end. The Huskers likely will be without RB Rex Burkhead a second week in a row as he recovers from a knee sprain.