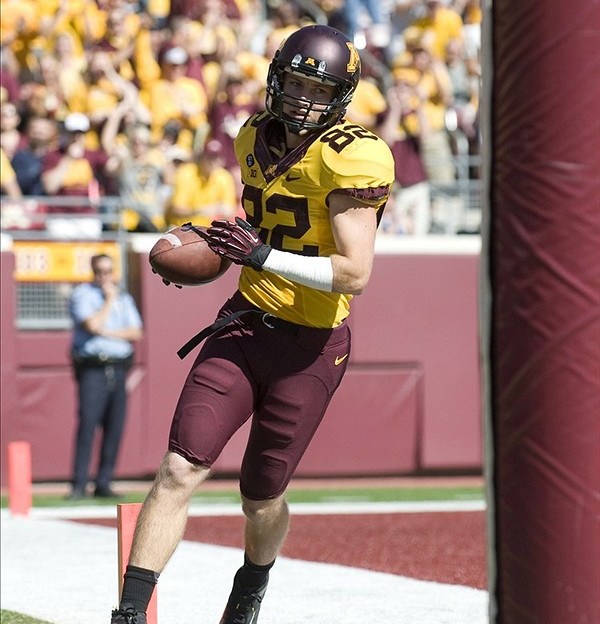 Minnesota ran for 67 yards in the quarter, and the Golden Gophers lead 7-3 at the end of the first quarter. Western Michigan got on the scoreboard first, rattling off a 10-play, 61-yard drive that ended in a score when Andrew Haldeman kicked a 35-yard field goal.

The Broncos have possession at their own 33-yard line to start the second quarter.

Why you should watch: The Golden Gophers have a chance to move to 3-0 for the first time since a 4-0 start in 2008. And a win over the Broncos would equal Minnesota?s victory total for all of 2011. By the way: Jerry Kill and Western Michigan coach Bill Cubit met three times in the MAC, and Kill went 2-1.

Keep an eye on: The Minnesota defense. The formerly toothless unit ranks second overall in the Big Ten (258.0 ypg). The big plays are back, with the Gophers ranking third in the Big Ten in tackles for loss and sacks. NT Ra?Shede Hageman is looking like a beast.

Key matchup: Gopher defensive line vs. Western Michigan QB Alex Carder. The Minnesota front has shown life this season, notching six sacks in two games after totaling 22 in 2011. Carder is proficient in the Broncos? spread attack. The Gophers must get pressure.

Key number: 139.5, passing yards per game allowed by the Gophers. That ranks first in the Big Ten and 12th in the nation. Minnesota has allowed one touchdown pass. And Minnesota already has four picks, equaling its total from all of last season. S Derrick Wells has been a star.