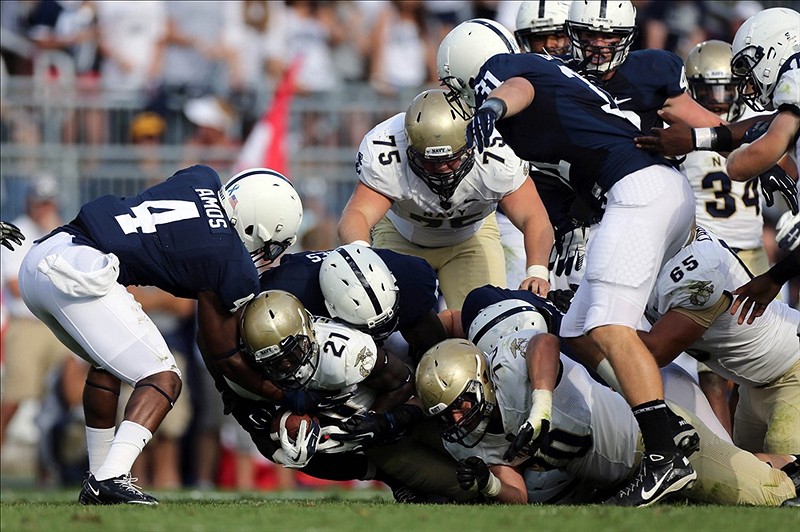 FOURTH QUARTER: Allen Robinson caught five passes for 136 yards and three touchdowns, helping Penn State to a 34-7 victory over Navy on Saturday at Beaver Stadium in Bill O'Brien's first win as Penn State's head coach. The Nittany Lions' explosive offense used big plays to take down the Midshipmen. Penn State burned Navy's defense for four plays of more than 20 yards. With 6:59 to go in the first quarter, Matt McGloin and Robinson hooked up for a 45-yard touchdown, the Nittany Lions' longest play on the day. The score gave Penn State a 14-0 lead.

The Nittany Lions' defense was porous throughout the game, allowing 372 yards to the Midshipmen. In the end though, Penn State forced Navy into four turnovers to clinch the win.

The Nittany Lions' McGloin was good for 231 yards during the game, completing 13 of 21 passes. McGloin finished the game with four touchdowns and no interceptions.

Trey Miller threw for 17 yards while going 6-13 for the Midshipmen. He threw one interception. Miller also ran for 22 yards on 18 attempts. Miller's favorite target on the day was Casey Bolena. He hauled in five catches for 30 yards.