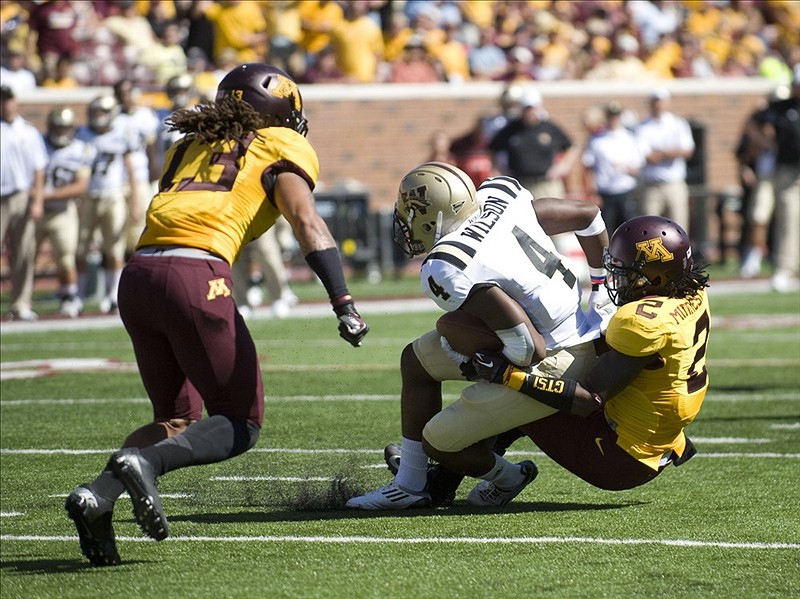 Max Shortell replaced an injured MarQueis Gray and passed for 188 yards and three touchdowns, helping Minnesota overcome a sluggish start to beat Western Michigan 28-23 on Saturday. Gray hurt his left leg late in the second quarter with the Gophers (3-0) trailing, but Shortell steered a six-play, 78-yard march for the go-ahead score that A.J. Barker capped with his second of three touchdown receptions.

FOURTH QUARTER: A.J. Barker caught five passes for 101 yards and three touchdowns, helping Minnesota to a 28-23 victory over Western Michigan on Saturday at TCF Bank Stadium. The Golden Gophers and the Broncos traded the lead all game long. There were four lead changes in the game before Minnesota ended up on top for good.

Western Michigan nearly made a 11-point deficit evaporate, but the Golden Gophers' defense held strong against a late the Broncos comeback to clinch the victory.

Minnesota's offense dominated, ripping off huge chunks of yardage. The Golden Gophers burned Western Michigan's defense for four plays of more than 20 yards. With 39 seconds to go in the second quarter, Max Shortell tossed a 53-yard touchdown to Barker, Minnesota's longest play on the day. The touchdown gave the Golden Gophers a 21-10 lead.

Shortell threw for 181 yards while completing nine of 15 passes for Minnesota in relief of MarQueis Gray, who left the game with an injury. He was on crutches on the sideline in the second half. Shortell finished the game with three touchdowns and one interception.

The Broncos' Alex Carder went 24 of 43 through the air for a total of 198 yards. Carder finished the game with one touchdown and one interception. Carder looked for Jaime Wilson often. He caught 10 passes for 101 yards and one touchdown. Western Michigan racked up 362 total yards. The Broncos' rushing attack contributed 164 yards on 38 carries in addition to Carder's passing effort.