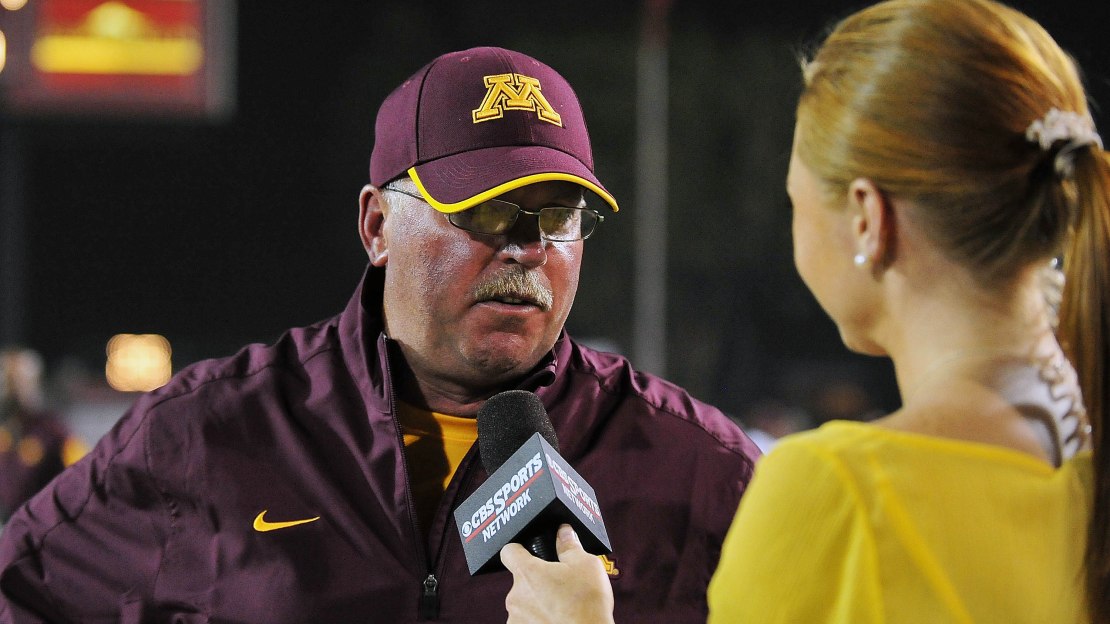 Week 3 games are almost here and I take one last weekday spin around today's headlines in this post. What do people think about Nebraska's defense? Why does Minnesota have to watch out? And how can Fitz Toussaint regain his form? Also, if you're interested, my game previews are over here.

Defensive question: Bo Pelini has faced issues as Nebraska coach since arriving in 2008. But when it has come to defensive problems, the fan base has always trusted Pelini to be able to fix the issues. Now? After that 653-yard debacle at UCLA? Fans? trust in Pelini?s defensive acumen may be waning.

This is a veteran defense, as nine of 11 starters last Saturday in the Rose Bowl were juniors and seniors. Yet, the defense is struggling with fundamentals. Another issue: Why can't Pelini develop young talent? Maybe a visit from Arkansas State will cure what ails Nebraska?s defense. Maybe not, as the Red Wolves have a good offense under Gus Malzahn.

That?s good, because the Wisconsin defense needs to continue to play well while the Badger offense figures out its issues with a game vs. underrated Utah State tomorrow. The Aggies are tough, Wisconsin. Buckle up.

QB U: Speaking of Wisconsin, is it a quarterback factory? It sure has produced its share of talent at the position in recent years. Shocked? I was.

Honor time: When Ohio State plays host to Michigan this season, the Buckeyes will honor the 2002 national championship Buckeyes. And, get this: Jim Tressel may be on the field with the team. Considering Tressel?s tainted tenure is why Ohio State is currently on probation, is this a good idea? Bad idea?

Changes: The recent move of Paul Jones from quarterback to tight end is a glimpse into the future for Penn State. The move was made to get a good player on the field for a team that will continue to battle depth and talent issues.

More players could switch positions, and the playbook may be simplified to hasten the development of players who are in new spots. Languishing on the bench? Those days are over for young and talented players. Hey, it?s all about surviving and trying to stay competitive in these trying times in State College.

Back on track: Coming off a challenging two-game start to the season, Michigan is looking to smooth over some rough edges and get on track against a UMass team in its first season in FBS and that figures to be overmatched.

Among the areas the Wolverines need to work on include: tightening a leaky run defense and getting more production from the running backs rank high on the list. And I have a feeling Michigan will have lots of success in both areas on Saturday. In fact, I?m going to guarantee it.

Fitz time: Speaking of the Michigan tailbacks, offensive coordinator Al Borges has faith that Fitz Toussaint will regain his 2011 form after running for a mere seven yards in his debut last week.

Be careful out there: Western Michigan of the MAC is visiting Minnesota. And the Gophers should be wary. MAC teams are filled with Midwestern players who were overlooked or rejected by Big Ten schools. So, they have a chip on their shoulders. And that makes them dangerous Jerry Kill knows all about this, as he used to coach in the conference at Northern Illinois before taking over the Golden Gophers. You have been warned, Minnesota.

Catching on: There have been lots of areas on Iowa?s offense that have come under fire. One is the receiving corps, which is looking for a big game against FCS Northern Iowa. Where are the plays? Where is the speed?

Keenan Davis, Kevonte Martin-Manley and Don Shumpert need to step up their production beginning ? now. Plans to play true freshmen receivers aren?t in the works. So, it?s up to these guys to produce for an offense that has scored one touchdown this season. And the Hawkeyes have zero touchdown catches.

Suggestion box: The great Loren Tate of the Champaign News-Gazette has seen enough. The veteran scribe has set down guidelines for Illinois scheduling non-conference games. And among his (tongue and cheek) requirements-no more non-league away games. Hey, after the Fighting Illini?s whipping at Arizona State, Tate may have a point.

Barry Alvarez in Varsity mag on OL coach change: It was a decision that had to be made. It was a necessary move – it wasn't panic. #badgers

My take: I guess we have to believe Alvarez. But I will say this: I was impressed that Bret Bielema was proactive and willing to admit a mistake. Some coaches? egos wouldn?t have allowed them to do this.

My take: Welcome to fallout from Notre Dame?s decision to join the ACC. But ND was able to consistently play these schools when it was in the Big East. Why not when it is in the ACC?

Bill O'Brien: Running tight ends out of backfield has been under consideration. 1 guy you haven't seen will carry the ball Saturday. Lynch?

My take: I would love to see true freshman Akeel Lynch used. The kid looks great. Plus, Penn State needs playmakers, especially with Bill Belton and Derek Day dinged up at running back.