Dienhart: ND joins ACC, but not for football 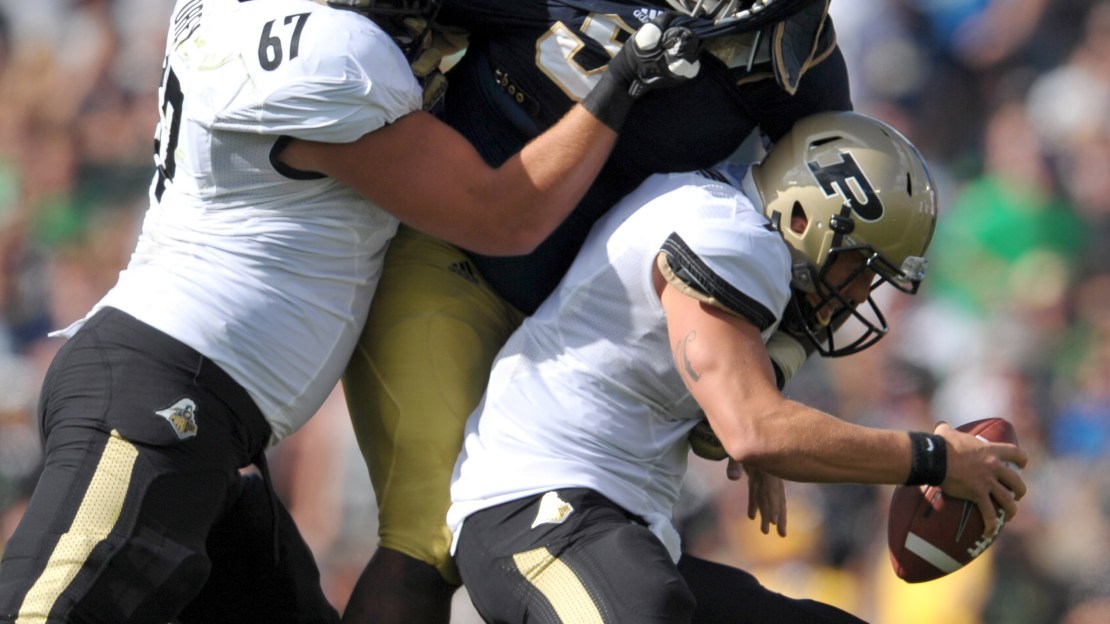 Big news today as Notre Dame announced it would join the ACC in all sports but-surprise!-football. So, Big Ten fans, trash any hopes you were clinging to about Notre Dame  joining your conference. The Big Ten twice has made offers in the past, only to be rebuffed. It wasn?t going to ask a third time. Now this move by Notre Dame all but seals the notion that a Big Ten-Notre Dame marriage won?t happen in a long, long time . If ever.

The Irish have moved on. The Big Ten should, too.

[BTN Connect: What topics are trending in the Big Ten right now? Hop over and find out.]

Notre Dame will join the ACC as soon as it can exit the Big East, which requires a 27-month notice to exit. But remember, West Virginia, Pitt and Syracuse bolted earlier without playing a higher exit fee. So, there is no reason to think a school with the heft and power of Notre Dame won?t be able to do the same.

This presumably will make the ACC television package more lucrative. Still, not getting a full commitment from Notre Dame cheapens the ACC and makes it look like the Big East, which had a similar agreement with Notre Dame. Ask the Big East how that worked out.

Could you imagine the Big Ten or SEC allowing Notre Dame to join under a similar plan? It wouldn?t happen. This smacks as a desperate move for football relevance by the ACC, just like the  additions of Pitt and Syracuse last fall seemed hasty.

But, again, ND isn?t a football-playing member of the ACC. So, why make the move? Because of Irish basketball? So Wake Forest and Duke can play the Irish once a decade in football?