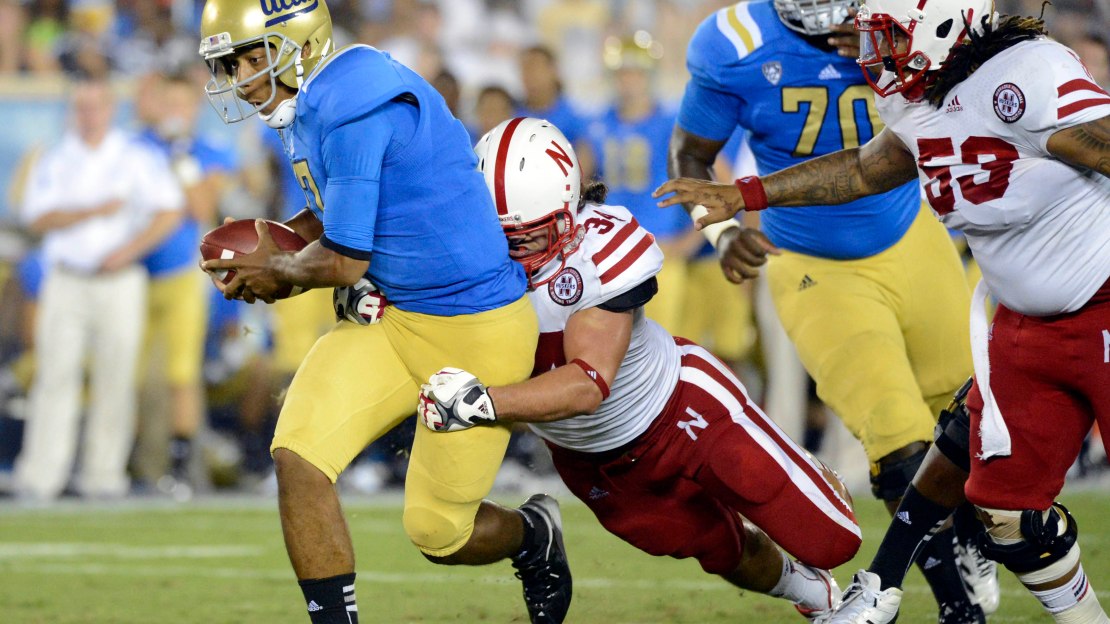 You have questions, and I have answers. It may not always be what you want to hear, but it's only my thoughts. Read my responses to your latest queries in this post. And don't be afraid to send questions for future Mailbags.

Are you ready for Week 3? BTN.com web editor Brent Yarina and myself offered our predictions for all 12 Big Ten games Saturday. Vote for your winners, too!

It?s still early in the season, but Nebraska has no shot at a BCS bowl. Hopefully we can just become bowl eligible. Why do you think our defense is capable of turning around, especially when the talent is not there? – Shane

Look, things never are as good as they seem-and they never as bad as they seem. The season is two weeks old. A lot of things can still happen. I believe the Cornhuskers have the makings of a decent defense. There is depth and nice athletic ability. These guys can run. I think Bo Pelini and John Papuchis will get this group coached up.

What have you seen that makes you think Nebraska can turn the UCLA debacle around, and play unbeatable ball the rest of the season to get to a BCS game? – Tim Hutfless

Funny, last week, Cornhusker fans were SCREAMING at me for ranking Nebraska ?only fifth? in my weekly Power Rankings (Read the comments). Now, Big Red fans are SCREAMING at me for having their team as an at-large BCS bowl team. Do you all see the irony in this? Can you all calm down and avoid the highs and lows or early season football? Your heart doctor will thank me later.

The Minnesota defense is fine, but how can you say that MarQueis Gray had a good game vs. New Hampshire? Yeah, he accounted for four touchdowns, but he had only 100 passing yards before being pulled in the fourth quarter. I think Gray should be put at receiver, and that Max Shortell should take over. – Brian Hiedeman

Believe me, if coordinator Matt Limegrover and head coach Jerry Kill felt Shortell gave the team a better chance to win, they would put him under center. Is Gray a polished passer who reminds me of Tom Brady? No, but Gray brings a lot of special skills to the field. He has a strong arm and improved accuracy-and a grasp of the offense. Remember, this is only his second season as quarterback. What if he had been groomed for all four seasons? Gray also is a strong, physical presence who can run the ball who just happens to rank No. 1 in the Big Ten in passing efficiency.

I don't know how you can rank Penn State last in you power rankings. They would beat Indiana, Illinois, Wisconsin, Iowa and Minnesota. I am not a Penn State fan, but you lost your marbles putting PSU dead last in the Big Ten. – David Dalgleish

I have papers that say I haven?t lost my marbles! Yes, you could make a case for Penn State not being last. But there comes a time when you have to win a game. How much credit should we keep giving the Nittany Lions for close, tough, gritty losses? Penn State will get its shot to beat Wisconsin, Illinois, Iowa, Northwestern and Indiana-among others. Let?s see what it has then.

I can't remember a worse non-conference regular season weekend for the Big Ten footballers, can you? – Sean Durbin

I sure can?t. It was ugly last Saturday, with the Big Ten going 6-6, its first six-loss non-conference week since 2000. In the process, the Big Ten went 0-3 vs. the Pac-12 and lost to Iowa State, Virginia and Notre Dame. And the wins weren?t impressive: UMass, Central Michigan, New Hampshire, Air Force, UCF and Vanderbilt. By my reckoning, the most quality triumph came vs. ? Vandy? It was enough to keep any Big Ten fan in bed with the covers pulled over their head. Better days are ahead, right? Right?

It's an overreaction after two games, but the Ohio State defense seems to be continuing a trend from last season, with lack of quarterback pressure and miscommunication at times from the defensive backs. Is this coaching, players or too early to tell? – Stephanie

The staff has expressed concern about the pass rush-or lack thereof. It is bizarre, considering that the defensive line is supposed to be a major strength. But through two games, the Buckeyes have 1.5 sacks and rank last in the Big Ten in tackles for loss. Where are the big plays? I think they will come in time. This roster is too talented and too well-coached.

You're kidding right when you say: "It turns out Ohio State and Penn State do have something to play for this season, despite being on NCAA probation and ineligible to win the Big Ten or go to a bowl game. The Big Ten has said if either team finishes first in the Leaders Division, it will be awarded with the division trophy and be deemed ?Leaders champion.? You cannot be serious that the Big Ten would do this. – Kerry

Which wide receiver will have the biggest impact for Michigan State this season? – Nick

It looks like Bennie Fowler will be the go-to guy. He took a big step in that direction last week, catching eight passes for 99 yards and a score. A big target, Fowler flashed potential as a true freshman in 2010 but missed most of last year with foot issues. I also think Keith Mumphery, Tony Lippett and DeAnthony Arnett will be factors, along with big tight end Dion Sims. And keep an eye on true freshman Aaron Burbridge.

You think Illinois is better than Northwestern this year? And Purdue in the Gator Bowl over Northwestern? Will your tune change if Northwestern beats Boston College this weekend? – James

It?s still early, so bowl projections are REALLY projections with just two weeks in the books. And remember this: bowls aren?t slaves to taking teams based on where they finish. These games are about selling tickets and drawing TV audiences. If all things are equal between two teams-or if one is even below the other by a spot in the standings-a bowl can take it.