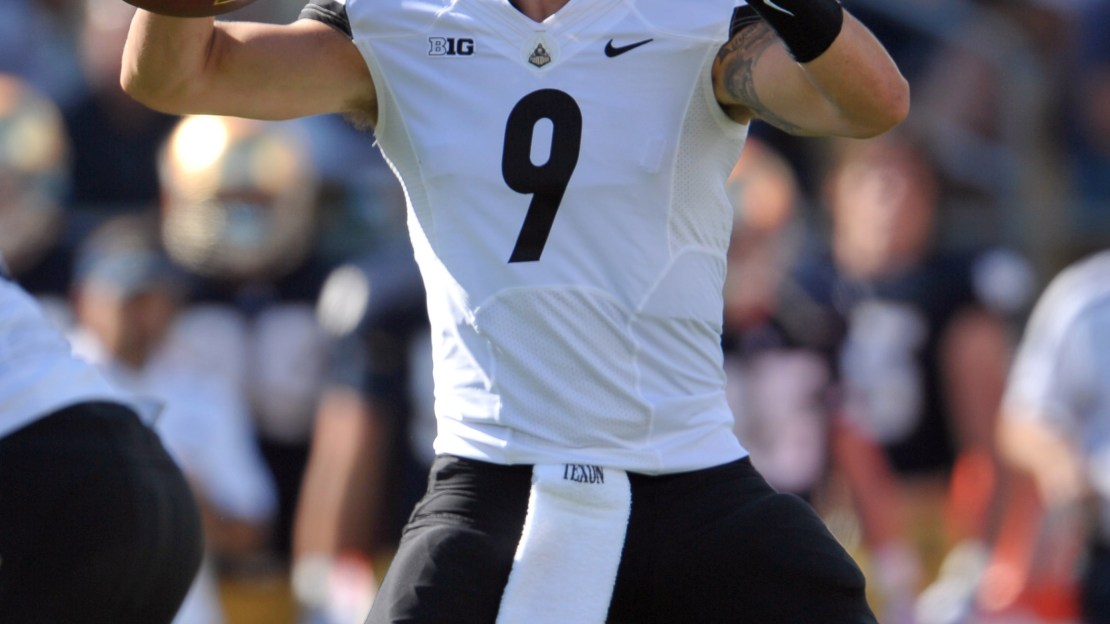 Purdue quarterback Robert Marve has had trouble staying healthy during his career. The injury bug bit again in Saturday's loss at Notre Dame, as Marve tore the ACL in his left knee for the third time. This latest injury occurred when Marve was sacked on a sack late in the fourth quarter.

"It is torn, but we anticipate him making an attempt to come back and play this season," Purdue coach Danny Hope told The AP.

[AP: Purdue QB Marve out with another knee injury]

Marve started Week 1 following Caleb TerBush's one-game suspension and split time with TerBush, last season's starter, Saturday. The former Miami quarterback impressed out of the gate, completing 41-of-56 passes (73 percent) for 414 yards and four touchdowns before having his left knee buckle on a late sack.

It was not a good week to be a quarterback in the state of Indiana. Also Saturday, Indiana's Tre Roberson broke his left leg in a gruesome injury during the Hoosiers' win at Massachusetts.

On his radio show, #Purdue's Danny Hope said QB Robert Marve sustained damage to the ACL in his left knee. Extent of the injury unknown

Hope on Marve: "We have our fingers crossed it?s not as serious as it has been in the past and he can still come back and play this season."