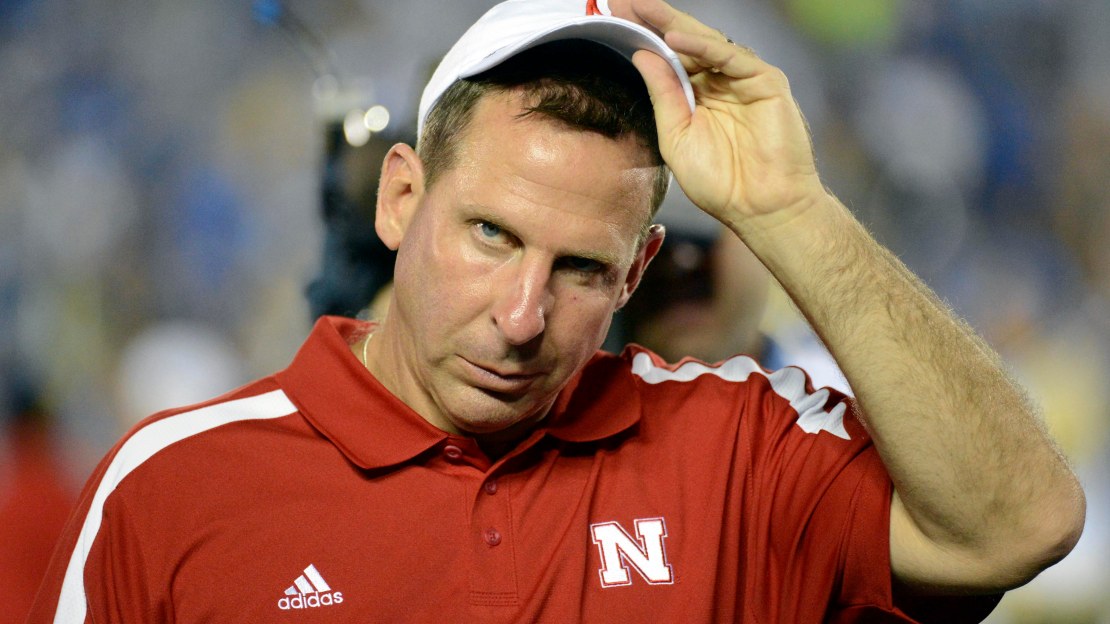 In the first batch of daily links this week, many Big Ten teams showed areas of concern on what was a-ahem-a ?Black Saturday,? as Lee Barfknecht of the Omaha World-Herald writes. For me, the biggest shock was Wisconsin getting unceremoniously dumped at Oregon State, 10-7. Wisconsin, which averaged 44 points a game last season, came within two minutes of getting blanked in the defeat at Oregon State, which ranked 84th in total defense in 2011.

And, it was that lack of production that apparently cost Badger offensive line coach Mike Markuson his job, according to a report in the Wisconsin State Journal. In the loss at Oregon State, Wisconsin had 35 yards rushing on 23 attempts.

The unit will be taken over by offensive quality control coach Bart Miller.

It isn?t often a head coach fires an assistant during the season-let alone after just two games. Markuson had a great track record, developing some top lines at places like Arkansas and Ole Miss. But, it apparently didn?t work out in Madison.

It will be fascinating to see where the team goes from here. A home game against Utah State this week should be a nice elixir for now.

At times, it looked like QB Taylor Martinez was trying to do too much. There were too many dropped passes. And the run game also struggled to get on track. The defense? Let?s not go there. Shoddy tackling and a lack of playmakers are issues. No way this team wins the Legends unless these issues get fixed quickly.

Seeking balance: Michigan had to be pleased to see Denard Robinson reemerge as a playmaker in a win vs. Air Force in notching his third career 200-yard passing and 200-yard rushing game. But is the offense relying too much on Robinson?

Kyle Meinke of MLive.com thinks better balance is needed. Of course, he?s correct. The tailbacks need to be more productive now that Fitz Toussaint is back. In two games, the Wolverine tailbacks have carried 27 times for 49 yards (1.8 ypc).

QB down: The multiple Purdue quarterback situation has drawn lots of attention. Well, it may be minus Robert Marve, who hurt a knee at Notre Dame.

Danny Hope says he doesn?t know the extent of the injury for now. So, it looks like Caleb TerBush will remain in command. But I have to think Rob Henry also will see his reps increase if Marve is out, though Henry didn?t play any quarterback in the loss at Notre Dame.

Room to improve: Penn State?s 17-16 loss at Virginia was difficult to swallow. Anyone who watched it knows the Nittany Lions should have won. Now, the Nittany Lions are 0-2. And, believe it or not, there are silver linings.

The opening losses to Ohio and UVa easily could have been wins if not for the transfers of RB Silas Redd (USC), WR Justin Brown (Oklahoma) and K Anthony Fera (Texas). Still, there are reasons to be excited. And they are wideout Allen Robinson and DB Adrian Amos, who head a group of good young players that also includes TE Kyle Carter, DE Deion Barnes and RB Bill Belton. I just hope these talents remain committed to the program, as they still can transfer up until next August.

Buckeyes rolling: There are many things to like about the Ohio State offense, which has been impressive. But, the unit could use more production from the tailback slot. The defense also has shown promise, but it needs to amp up the pass rush.

The coverage in the secondary also has been spotty. But, if Ohio State improves its rush, the play of the defensive backs figures to get better. Lack of consistent pressure shocks me, as this is one of the Big Ten?s top d-lines. Are you listening, John Simon?

Where's the offense? No offense is in more disarray than Iowa?s, which has scored one measly touchdown this season-despite six trips into the red zone.

QB James Vandenberg has struggled, but a lack of playmakers on this attack is a big issue. Will the real Vandenberg step up?

WR Marvin McNutt is missed, as is RB Marcus Coker. No doubt, early departures or players who failed to meet expectations are a major reason why the offense lacks explosive ability. There is some talent on this offense-but it?s a young team. And more growing pains could ensue.

Scoring trouble: The loss at Arizona State was difficult for Illinois. What?s next? The great Loren Tate takes a look.

It?s doubtful that injured QB Nathan Scheelhaase would have made much of a difference vs. a veteran Arizona State defense. The goal now is to get him healthy for the Big Ten season. Ankle injuries can be tricky things. As Tate points out, it?s nine games in a row that Illinois? offense has failed to score more than two touchdowns.

My take: Not that this matters, but it offers more perspective.

Only Big Ten team in top 10 is Michigan State. That tells you all you needs to know about this conference.

My take: Yes, it looks like it could be a tough year for the Big Ten. There really aren?t many big non-leagues left to impress the nation, save for Michigan State?s and Michigan?s games vs. Notre Dame.

Iowa's Mike Meyer is alone in second in the nation in field goals with 6.

My take: Where would Iowa be without this guy?

My take: This is what disappointed me the most, as I expected the Illini defense to play better. I know the struggling offense put pressure on the defense. But, still ?