Dienhart: 5 things I learned in Week 2 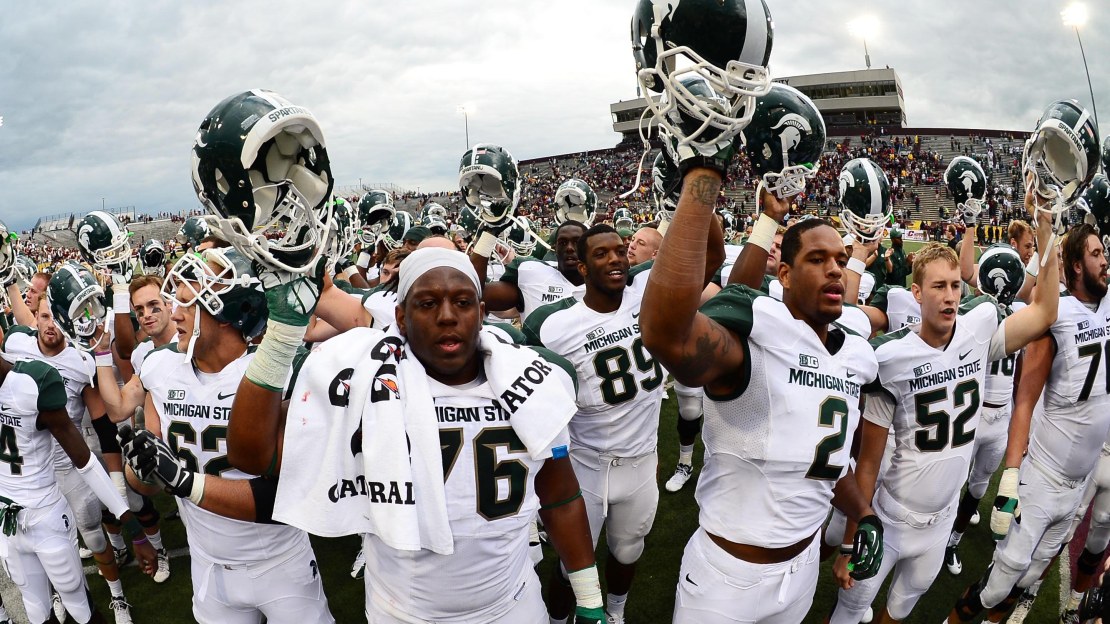 Week 2 is in the books. It was not a great showing for the Big Ten, as it put up a 6-6 record. This from a conference that went 10-2 during the opening week. The competition was stiffer and there were more road tests, for sure, but the Big Ten needs to bounce back next week.

What did I learn from Week 2 action? See the five biggest things I learned about the Big Ten on Saturday.

1. Wisconsin RB Montee Ball?s Heisman dreams may be over following a moribund effort in a 10-7 loss at Oregon State. Ball ran 15 times for 61 yards. And he failed to score a touchdown for the first time in 21 games. The senior wasn?t much better in an uninspiring 26-21 win over FCS Northern Iowa in the opener, rushing 32 times for 120 yards (3.8 ypc) and a touchdown.

2. Michigan State clearly looks like the best team in the Legends Division. Nebraska? Michigan? They look to have more issues than the Spartans. Are 2-0 Northwestern and Minnesota legit? Hmmm. The 2-0 Spartans saw their offense come to life in a 41-7 victory at Central Michigan, as the passing game notched 322 yards after a rough debut 17-13 win vs. Boise State. QB Andrew Maxwell hit 20-of-31 passes for 275 yards and two touchdowns vs. the Chippewas. And some wideouts like Bennie Fowler stepped up. The defense? It still hasn?t yielded a touchdown and is the Big Ten?s best.

3. The Leaders Division is wide open. Wisconsin?s stunning 10-7 loss at Oregon State opened a cavern of concerns about the offense, which notched a mere 207 yards. The Badgers had just 35 yards on the ground on 23 attempts (1.5 ypc). Montee Ball used to burp and gain 35 yards. With the Badgers in limbo, Ohio State on probation and ineligible for the Big Ten title game, the Leaders is a jumble. Who may be the best team? Could it be ? Purdue? Yes, I really did just type that.

4. No one in the Big Ten is off to a better start than Ohio State QB Braxton Miller, who is the early leader for player of the year. The sophomore sensation hit 18-of-24 passes for 155 yards with a touchdown and interception in a 31-16 triumph over Central Florida. And he also ran 27 times for 141 yards and three touchdowns, which tied a school single-game quarterback record. This is a week after he threw for 207 yards and two scores and ran for a school single-game quarterback record 161 yards and a touchdown in a 56-10 whipping of Miami (Ohio). Miller is special.

5. Purdue?s defense is good. Really good. The tackle tandem of Kawann Short and Bruce Gaston wreaked havoc all day vs. Notre Dame. And end Ryan Russell is a rising star. Plus, cornerbacks Josh Johnson and Ricardo Allen are a formidable tandem. Yes, the Boilermakers lost in South Bend, 20-17, and had some third-down lapses. But the defense limited the Fighting Irish to 52 yards rushing on 36 carries (1.4 ypc). And it?s this defense that could make 1-1 Purdue special. The onus is on an offense that gained only 288 yards vs. ND improving. Is this two-quarterback deal REALLY working?