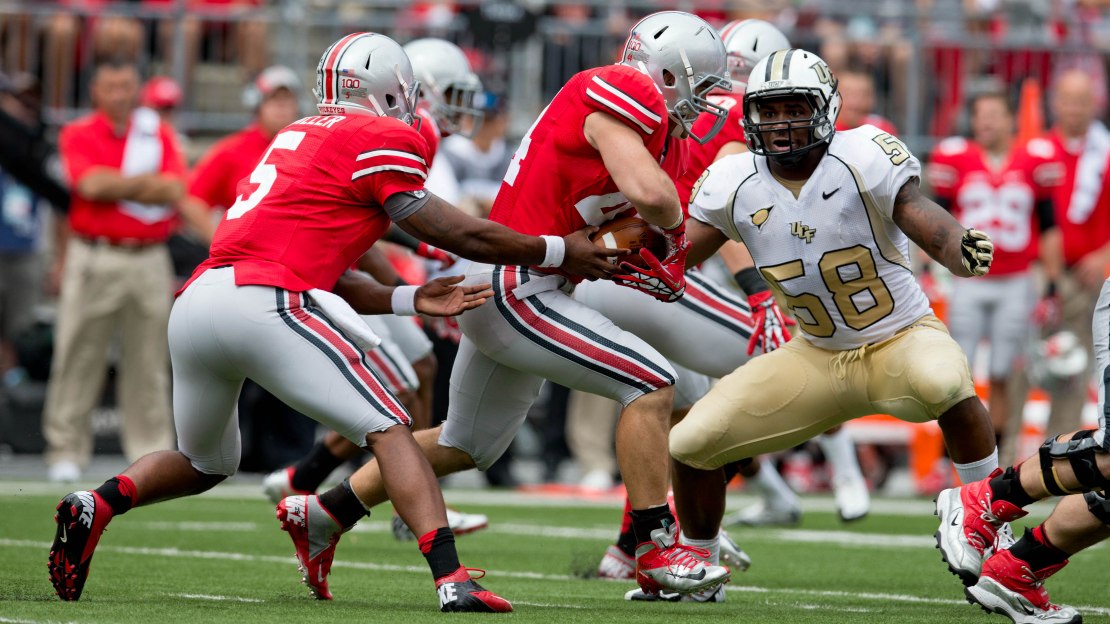 Braxton Miller became the first Ohio State quarterback to rush for three touchdowns in 34 years and he passed for another score to lead the 14th-ranked Buckeyes to a 31-16 victory over Central Florida on Saturday. A week after setting a school quarterback record with 161 rushing yards in a 56-10 win over Miami (Ohio), Miller ran for 141 yards on 27 carries. His number kept coming up after starting running back Carlos Hyde left with a first-half knee injury.

Miller's scoring runs covered 37, 6 and 8 yards. He also found Jake Stoneburner on a 12-yard touchdown pass for the Buckeyes (2-0).

FINAL: Braxton Miller sparked No. 14 Ohio State to a 31-16 victory on Saturday at Ohio Stadium. Miller carried the ball 27 times for 141 yards and three touchdowns. Blake Bortles kept UCF's offense on track, throwing for 251 yards and two touchdowns on 25 of 41 passing.

The Buckeyes racked up 411 total yards. In addition to Miller's efforts through the air, Ohio State also rushed 51 times for 256 yards. Miller threw for 155 yards while completing 18 of 24 passes for the Buckeyes. Miller finished the game with one touchdown and one interception. Miller's favorite target on the day was Devin Smith. He hauled in six catches for 57 yards.