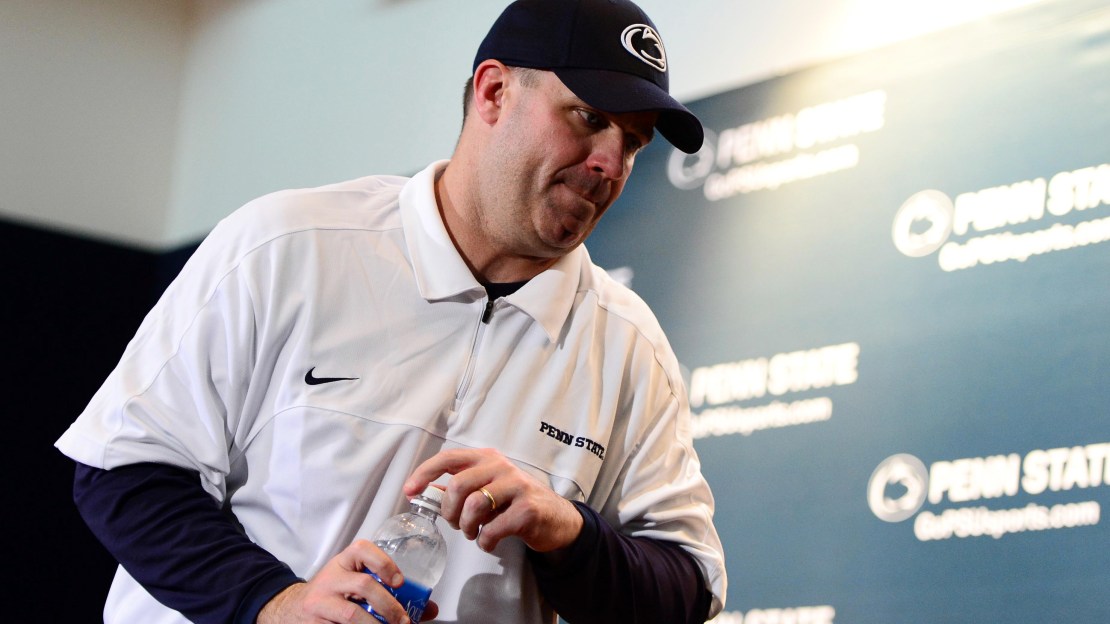 In a Penn State season that figures to be filled with many tough times, Saturday?s defeat at Virginia may rank among the most difficult.

?We just needed to make a play," said Penn State quarterback Matt McGloin. "That's something we practice every day. We got it down the field. Unfortunately, we just couldn't finish."

There were many positives, as Penn State showed life after a disappointing 24-14 opening loss to Ohio last week.

The Penn State defense looked much better. Last week, the Nittany Lions allowed 499 yards and 21 second-half points in the defeat to Ohio. And Penn State failed to generate a turnover.

Against Virginia, Ted Roof?s defense held Virginia to 32 yards rushing, allowed 295 yards overall and forced four turnovers. And the unit had seven tackles for loss and three sacks. But PSU got only three points off the turnovers. And that was a killer.

The offense also played well enough to win on this day, showing good balance with 42 rushes and 43 passes while running 85 plays to Virginia?s 61. The Nittany Lions out gained the Cavaliers, 330-295.

McGloin is a gritty leader who battled an elbow injury to turn in a solid effort, hitting 19-of-35 passes for 197 yards and two touchdowns. And Allen Robinson looks like a legit go-to receiver, making 10 catches for 89 yards with a touchdown.

The running was lacking, as the Nittany Lions ran 42 times for 121 yards, just 2.9 yards per tote with starter Bill Belton out with injury. Still, even with that spotty effort on the ground, the attack did well in committing no turnovers and winning the time of possession battle, 31:47 to 28:13.

But it was the kicking game that doomed Penn State on this day, making the preseason transfer of Anthony Fera to Texas more painful. On this day, Sam Ficken hit just 1-of-5 field-goal attempts and had one of his two extra-point attempts blocked. Ficken?s last miss came on the final play of the game, misfiring from 42 yards on a boot that would have won the contest.

?We just told him to keep his head up. We're all going through the same thing," senior cornerback Stephon Morris said. "Nobody said anything negative to him. It's not his fault. You can't blame one person."

Up next for Penn State are visits from Navy and Temple before the Nittany Lions open Big Ten play at Illinois on September 29. Penn State is going to need to find a way to win at least one of its next two so it can head to Illinois 1-3.

And the Nittany Lions may be able to build off this narrow loss at Virginia to beat both Navy and Temple to level their record at 2-2.

Even with a .500 mark entering Big Ten play, Penn State may struggle to win three Big Ten games. So, a 5-7 mark may be the best the Nittany Lions can hope for in 2012-with tougher days ahead when the NCAA sanctions begin to take a toll on the program?s depth through scholarship limitations.

While the defense has talent, depth is spotty. So, injuries could wreck this unit. And, if injuries don?t take a toll, an offense that may struggle figures to tax this Penn State defense by putting it on the field too often.

There is a lack of playmaking ability on this offense, as defenses figure to put an extra man in the box to mute the run. And that would put the game in the hands of McGloin, who is limited as a passer. Plus, there is a void of top-end wideouts, as top target Justin Brown transferred to Oklahoma before the season. And top running back Silas Redd left for USC, further taking away playmaking ability from this attack.

Still, Bill O?Brien likes what he sees despite suffering two tough losses to open his tenure in State College, Pa.

"I think there are some things to build on," said O'Brien, who replaced Joe Paterno after the legend was fired last November. "I think there are a lot of positives. I think these kids play extremely hard and I'm very proud to be associated with them and I really appreciate their effort. They really emptied the tank today."

And the players are ready to keep fighting, too.

"One thing you're going to figure out about this team is we're never going to give up," said wideout Alex Kenney.