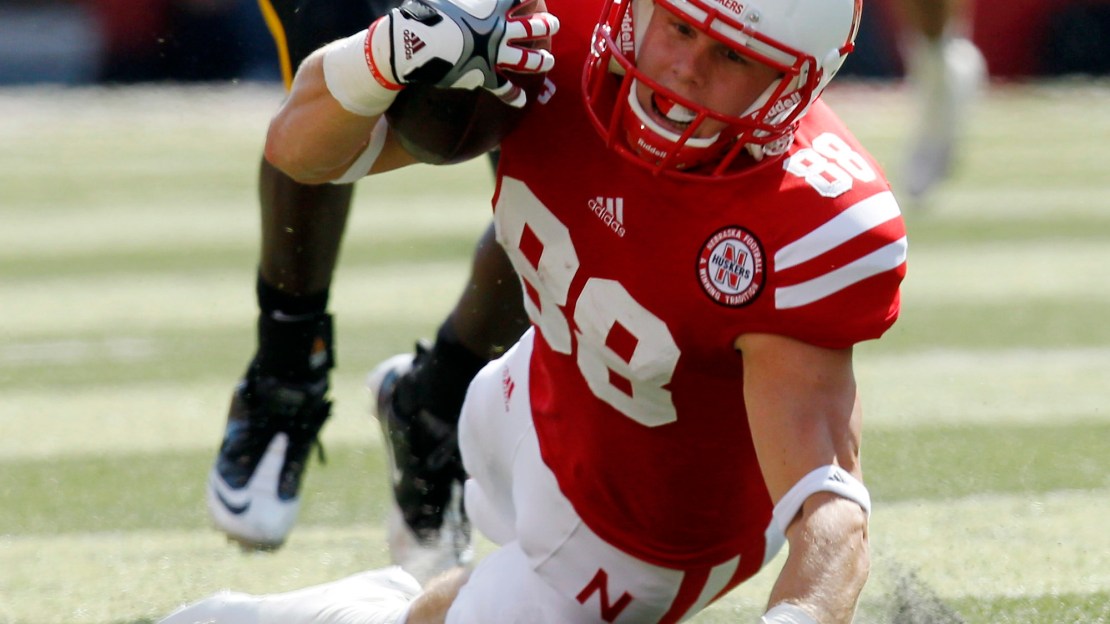 There were a lot of positive things from Nebraska?s 49-20 win over Southern Miss. But special teams? Well, some adjustments are coming. A big issue was a 100-yard kickoff return for a touchdown. The good for the Huskers, according to special teams coach Ross Els: These things can be fixed. That?s good, because this could be a special season in Lincoln.

Spartan upside: Before all of your thoughts race to this Saturday?s game at Central Michigan, Spartans fans, here are five things to take away from that methodical victory over Boise State. See, it really wasn?t all that bad, right?

Tablet time: If Ohio State players want to get a jump on scouting a foe or break down their recent performance, they just grab their iPad.

That?s right. The school has provided each Buckeye with an iPad, given to the players to help with academics. But, of course, football has found a neato use for them. Hey, it?s all about getting an edge.

Corner down: Losing to Alabama was bad enough. But Michigan also lost starting cornerback Blake Countess to a season-ending knee injury. Too bad, as Countess is a rising star. In his place will be Courtney Avery.

Avery is a veteran hand who primarily has served as a nickel back. Michigan shouldn?t experience too much of a drop in play. And when Michigan plays host to Air Force this weekend, it also will have running back Fitz Toussaint and defensive lineman Frank Clark back after each was suspended for the Bama.

Now, it?s all in front of Michigan. It can still win the Legends Division; it still can win the Big Ten. It?s time to put that Crimson Tide loss in the rear-view mirror-and move forward.

QB idea: Given the depressing home loss to Ohio that was highlighted by offensive struggles, why not give backup quarterback Paul Jones a shot at running the attack over Matt McGloin? The Nittany Lions have nothing to lose, right? And, the backup quarterback always is the most popular guy on campus. I just didn?t think he?d get this popular this fast.

Rivalry week: Iowa is 1-0. Yes, it wasn?t pretty. It wasn?t always easy to watch. But, still, a victory always is beautiful, right? And Iowa?s rebuilt defensive line-which was a big concern entering the season-didn?t look half bad. Now, the unit must zero in on trying to stop Iowa State quarterback Steele Jantz.

Dominic Alvis, Carl Davis, Joe Gaglione and Louis Trinca-Pasat have the athletic ability to get the job done. You have to like how d-line coach Reese Morgan is doing after taking over the unit after coaching the offensive line last season. His experience and savvy will continue to pay dividends for this key unit.

Badger fixes: The Wisconsin defense did some good things in a season-opening win over Northern Iowa. But, it had some lapses.

And those lapses resulted in big plays that shouldn?t have happened. But, have no fear, Badger fans. There is plenty of talent on this roster. I was encouraged by the play of tackle Ethan Hemer up front, who made the play of the game on defense. And having end David Gilbert back from injury will be huge for the line. The Badgers didn?t have a force off the edge last season after J.J. Watt left and Gilbert go hurt. But, with Gilbert back from a foot issue, the line should be better-and this defense should continue to get better, too.

No FBS team in the nation had more quarterback sacks in Week 1 than Northern Illinois' six vs. Iowa on Saturday.

This is stunning news. And, it shows that the Iowa offensive line has work to do.

I would expect many Husker fans to go the Rose Bowl on Saturday. In fact, I wouldn?t be shocked if Nebraska fans out numbered UCLA fans for Jim Mora, Jr.?s home debut. Hmmm.

Beckman said N. Scheelhaase must practice by Wednesday if he's going to play against Ariz. St. Said it's not a high ankle sprain. #dechr

I think Illinois better hope that Scheelhaase is ready to go. Nothing against backup Reilly O?Toole. I just think Scheelhaase is a better fit for this offense and would give the Illini a better chance to win at Arizona State.

It also proved to be a great decision!!! I?m not so sure even a healthy Kain Colter could have done what Trevor Siemian did on that last fruitful drive.

Hope on decision to start TerBush, providing he has a good week of practice: "He gives us the best chance to start off well."

Boy, I liked what Robert Marve did in place of Caleb TerBush on Saturday. I know, TerBush is less likely to make a key mistake than Marve. But I also think he?s more likely to make a play than TerBush.