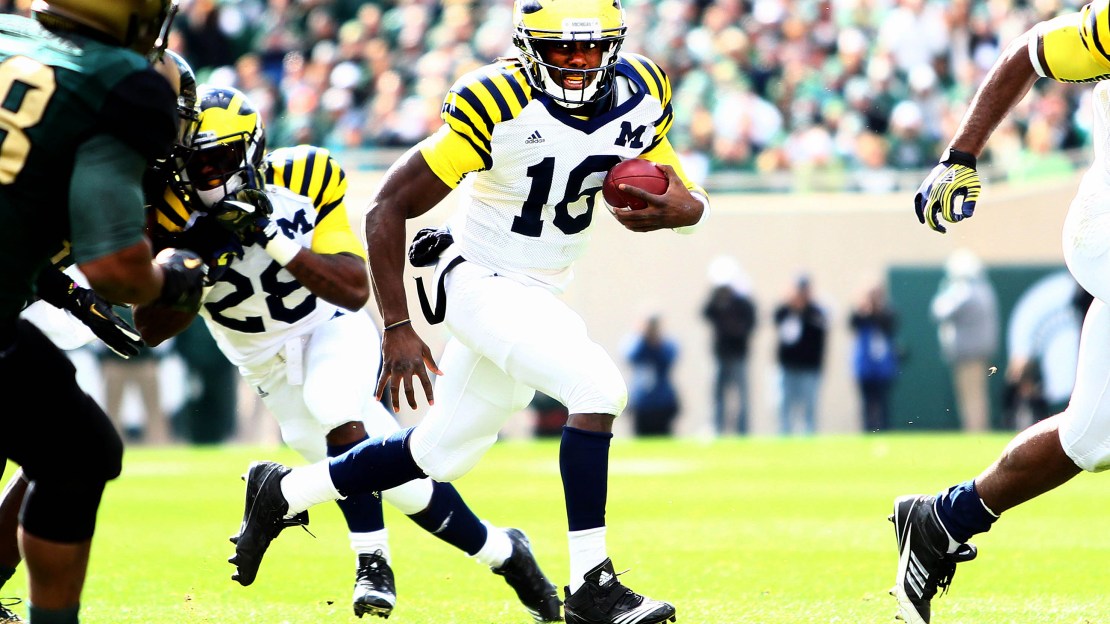 The Michigan-Michigan State rivalry is a heated one, to be certain, and the last thing it needed was fuel added to the fire. The rivalry may have been taken to another level Saturday night. You see, during Michigan's 41-14 season-opening loss to reigning national champ Alabama, Michigan State players went to Twitter and tweeted critical comments about Denard Robinson and the Wolverines. Watch our #BTNLive crew discuss the issue now and see some of the tweets in this post.

And here are the Michigan State tweets:

"Is this guy really a QB I'll say my mans (walk-on Tommy Vento) is a better QB lol. S/O to my boy vento by the way." – LB Denicos Allen

"DENARD IS SOOOO BAD! And it makes me feel so good." – Safety Kyle Artinian

"I can play quarterback for the school in blue. (Le'Veon Bell) for heisman > the other guy in the great state of michigan." – LB Jamal Lyles

Denard's thoughts on the tweets? Here you go:

Denard Robinson shrugged of MSU Twitter comments when asked tonight: "I heard about it, but I'm not going to worry about that right now"