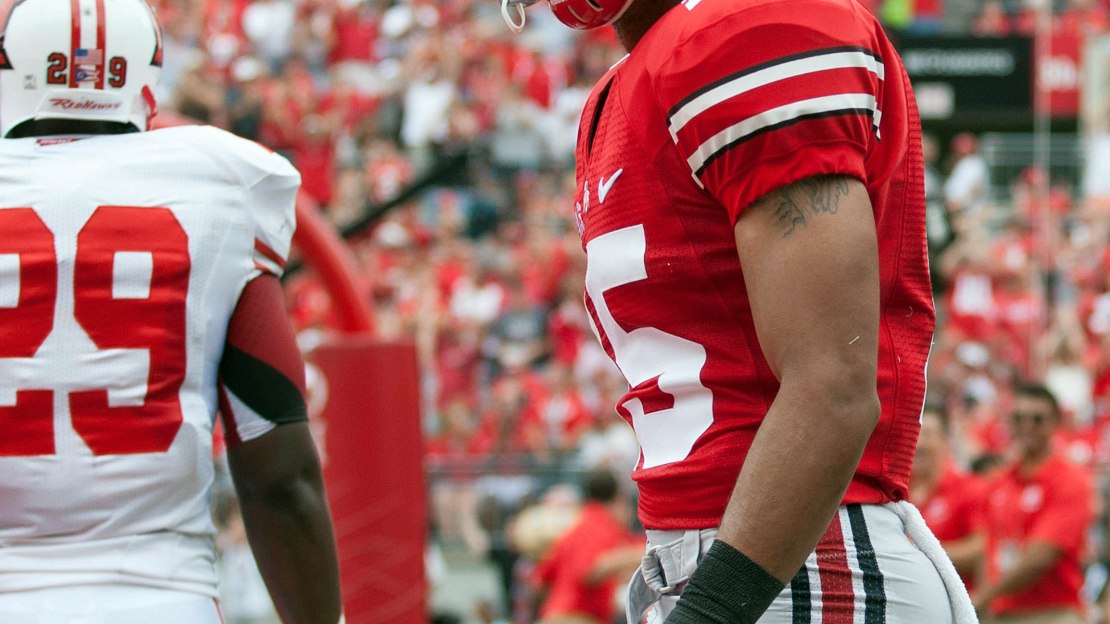 It was an entertaining opening week of Big Ten football. See my 10 observations-some whimsical, some fact based, some opinionated-from the Big Ten's 10-2 performance.

1. The Snag. That?s what I?m gonna call it-because that?s what it was. Devin Smith?s one-handed touchdown snag of a Braxton Miller pass early in the second quarter of Ohio State?s pasting of Miami (Ohio) was nothing short of fabulous. In fact, I doubt any catch will top ?The Snag? all season. Go ahead and try.

2. Surprise, surprise! Who thought Nebraska QB Taylor Martinez would toss five touchdown passes and throw for 354 yards in the opener? No one. And how about Iowa?s Damon Bullock running for 150 yards in a win over Northern Illinois? Lastly, Ohio State QB Braxton Miller looked ab-fab vs. Miami (Ohio), running for a school single-game quarterback record 161 yards.

4. Debuts. Three coaches took the lid off their Big Ten tenures. Illinois? Tim Beckman and Ohio State?s Urban Meyer each sipped from the cup of victory. But Penn State?s Bill O?Brien tasted defeat in his debut. Of the three, only Beckman can go bowling this season-which means he has the most pressure of the trio.

5. Poor Penn State. Many felt Ohio had a good chance to beat the Nittany Lions. This is a good Bobcat squad coming off a 10-win season and bowl triumph. Still, just as many felt Penn State would have enough pride and emotion-along with superior talent–to find a way to gut out a victory. Didn?t happen, as Ohio won, 24-14. Now, I wonder: How many games will the Nittany Lions win? One? Two? Three? This could get really ugly, really quickly.

6. Big Ten pride. It took a hit when Michigan got whipped, 41-14, by Alabama. At least Michigan State found a way to take care of Boise State in the Big Ten?s other ?prove-it? game. The only other big non-conference games left for the Big Ten are Notre Dame at Michigan State on Sept. 15 and Michigan at Notre Dame on Sept. 22. That?s it. So, the Big Ten will have to wait until the bowl season to impress the nation vs. marquee foes.

7. Denard and the Heisman. The wondrous Michigan quarterback blew a flat vs. Alabama. Robinson hit just 11-of-26 passes for 200 yards with a touchdown and two interceptions. And he ran 10 times for a measly 27 yards and a score. Can Robinson still win the Heisman? He has a lot of ground to make up. In fact, he?s now behind Michigan State?s Le?Veon Bell and Wisconsin?s Montee Ball within the Big Ten. And a better case can be made for Ohio State?s Braxton Miller, too.

8. State pride. It isn?t too often that Purdue and Indiana each wins on the same day. Well, it happened on Saturday-against FCS foes. The Boilermakers looked utterly dominating in dispatching their FCS foe Eastern Kentucky, 48-6. The Hoosiers? It was more of a struggle vs. FCS Indiana State, as IU needed a late stand to hold off the pesky Sycamores, 24-17. Now, the Hoosiers already have equaled their win total of 2011. Speaking of FCS foes, Wisconsin also struggled vs. one, watching Northern Iowa rally before claiming a 26-21 triumph.

9. Impressive wins. The most eye-catching victory in the opening weekend was Nebraska?s 49-20 dumping of a salty Southern Miss squad. I also was impressed by Minnesota pulling out a triple-overtime victory at UNLV, and with how Northwestern stared down adversity to rally for a late game-winning touchdown at Syracuse.

10. Toothless Wolverines. Look, I didn?t think they would beat Alabama. But I certainly didn?t think Michigan would get buried. The game wasn?t as close as the 41-14 score indicated, with the Tide taking a 31-0 lead in the second quarter. How will the Wolverines respond? Still, all of Michigan?s Big Ten goals remain within reach. I also was disappointed by Wisconsin (in victory) and Penn State (in defeat).