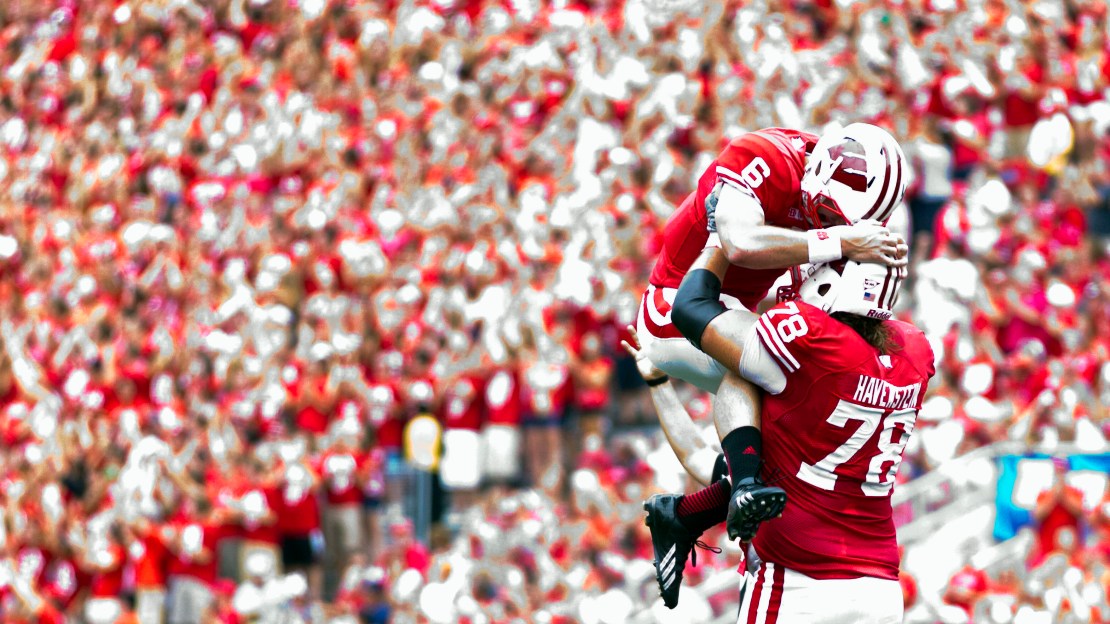 Montee Ball rushed for 120 yards and a touchdown, and No. 12 Wisconsin needed a big defensive play to survive a fourth-quarter scare from Northern Iowa in a 26-21 victory Saturday. Wisconsin's defense didn't allow Northern Iowa on its side of the 50-yard line until the 4:27 mark in the third quarter – but then the Badgers nearly melted down. Leading 26-7 in the fourth quarter, Wisconsin allowed Northern Iowa quarterback Sawyer Kollmorgen to throw a pair of long touchdowns to David Johnson, cutting the lead to five.

With the Panthers facing fourth-and-1 at the Wisconsin 41-yard line, though, defensive lineman Ethan Hemer tipped the ball at the line of scrimmage to stop the drive. Kollmorgen threw for 265 yards and three touchdowns for the Panthers, regarded as one of the top FCS teams in the country.

New Badgers starting quarterback Danny O'Brien completed 19 of 23 passes for 219 yards and a pair of touchdowns to Jared Abbrederis.