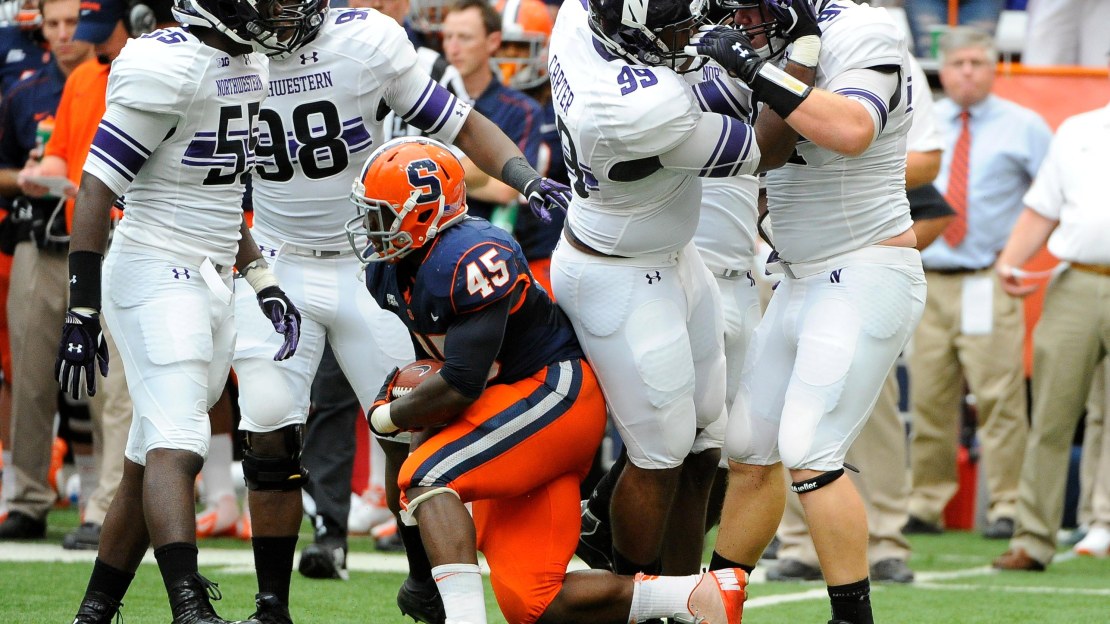 Backup quarterback Trevor Siemian hit Demetrius Fields for a 9-yard touchdown pass with 44 seconds left and Northwestern held on to beat Syracuse 42-41 Saturday in the teams' season opener. Siemian, subbing for starter Kain Colter, drove the Wildcats 75 yards in 10 plays, taking advantage of a critical personal foul against Syracuse defender Keon Lyn for a late hit out of bounds on the previous play.

The decisive score in the sweltering Carrier Dome came after Ryan Nassib had engineered a stunning comeback for the Orange, throwing for four second-half touchdowns. Nassib finished 44 of 65 for 470 yards. His completions obliterated the school record of 29 he'd shared with Marvin Graves and Andrew Robinson.