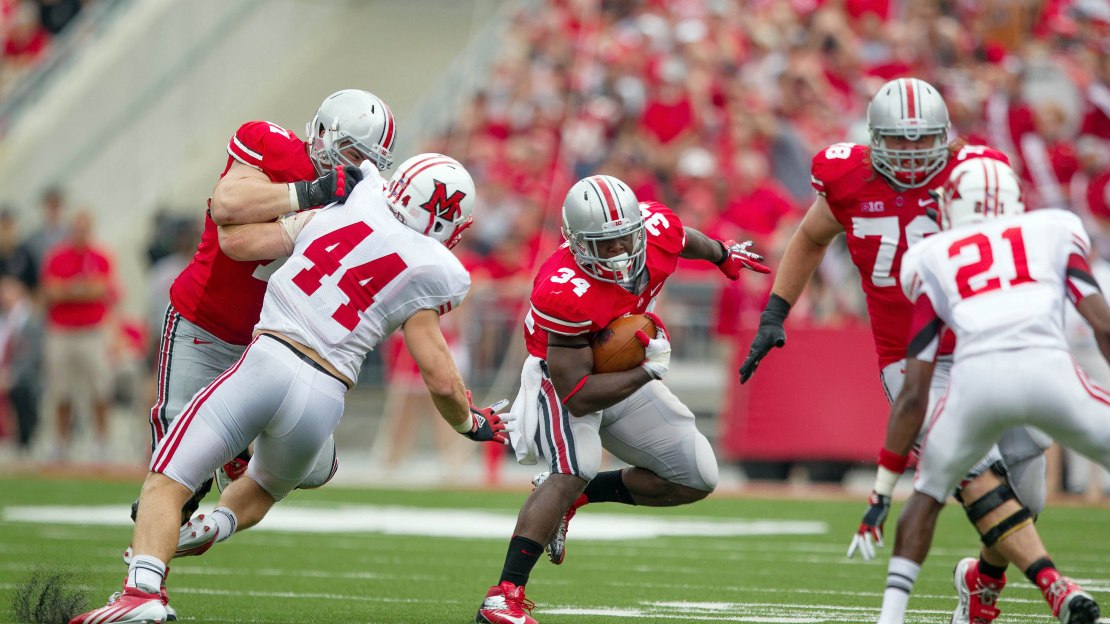 Braxton Miller rushed for 165 yards, a record for an Ohio State quarterback, and threw for two scores including Devin Smith's highlight-reel, one-handed catch as the 18th-ranked Buckeyes ushered in the Urban Meyer era on Saturday with a 56-10 win over Miami (Ohio). Meyer, who won two national titles at Florida, moved to 11-0 in season-openers. The slow-starting Miller, who stutter-stepped for a 65-yard score just 17 seconds into the second half, finished 14 of 24 passing for 207 yards. He also hit Corey Brown on a 5-yard TD pass.

After Miller's long run made it 28-3, Bradley Roby recovered a high Miami punt snap in the end zone and the rout was on. Travis Howard had two interceptions and Carlos Hyde scored on 4- and 8-yard runs for Ohio State.