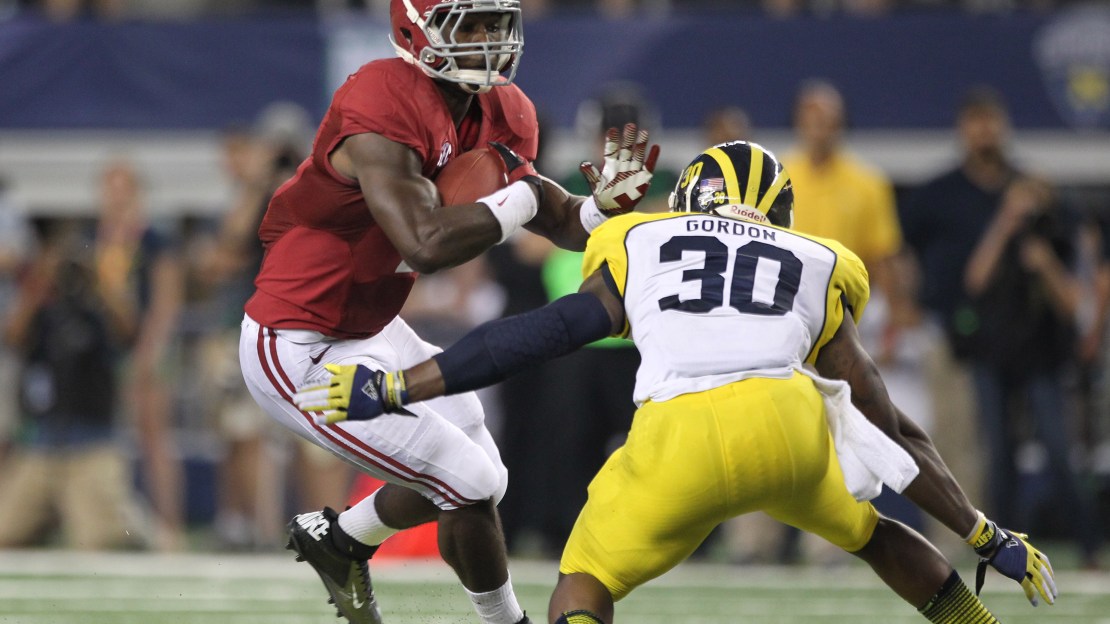 AJ McCarron threw two touchdown passes and Alabama's retooled defense showed it could still dominate as the second-ranked Crimson Tide pounded No. 8 Michigan 41-14 on Saturday night. Even after sending three starting defenders from last year's national championship team to the NFL as first-round draft picks, the Crimson Tide threw around the Wolverines while stifling and pounding dual-threat quarterback Denard Robinson.

C.J. Mosley returned an interception 16 yards for a touchdown. Dee Milliner had four pass breakups and an interception in the first half that set up a score after he shoved the intended receiver to the ground on the sideline.

This certainly wasn't what Michigan expected coming off an 11-win season under first-year coach Brady Hoke that ended with the Wolverines' first BCS victory since the 1999 season.