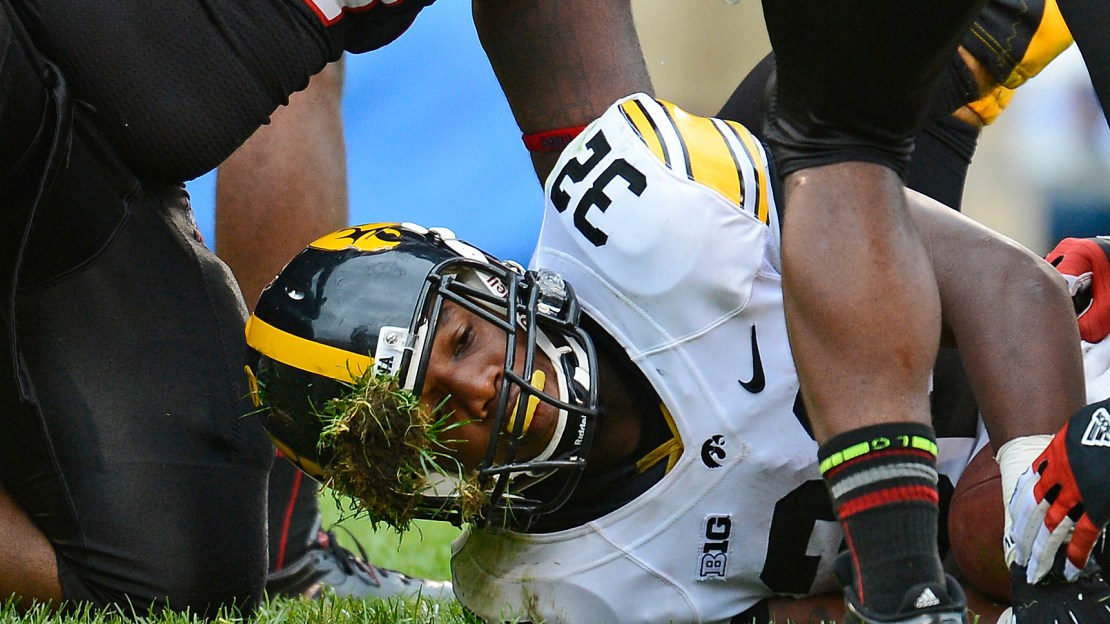 Earlier Saturday, I offered my snap reactions from the Big Ten's first four games. With the afternoon games now in the books, it's time to share what I learned from Iowa, Nebraska, Purdue and Wisconsin's wins. Nebraska and Purdue cruised to victory, however Iowa and Wisconsin both received stiff tests that went down to the wire. See my snap reactions from the afternoon games in this post.

Purdue 48, Eastern Kentucky 6
1. Moments before the game, Purdue announced that starting quarterback Caleb TerBush was suspended for the game. No problem. Robert Marve took over and looked like an All-American running the attack, hitting 31-of-38 passes for 307 yards and three touchdowns. The Boilermakers need to improve their passing attack. And, it sure looked good today vs. an overmatched FCS foe that Purdue needed to dominate. And did.

2. A blowout win is just what the doctor order for a Purdue team that needed a resounding victory. This surely will boost the confidence for the Boilermakers as they head to Notre Dame next Saturday for a yardstick game. Yes, Purdue had five turnovers. Still, the offense notched 547 yards with 175 coming on the ground with Akeem Shavers running for 74 on 11 totes. Purdue has to feel good about itself heading north to the Golden Dome.

3. The defense needed to sit on this FCS foe. And, it did, limiting Eastern Kentucky to 188 yards with just 85 coming via the air. Purdue pitched a shutout in the second half, forcing four turnovers which allowed the Boilermakers to overcome five turnovers of its own. This is a fast and athletic Purdue defense that could be good.

1. That offseason work with a quarterback guru in California seems to have paid off for QB Taylor Martinez. He looks like a totally different signal-caller. On this day, he hit 26-of-34 passes for 354 yards and five touchdowns. And Martinez did all of this vs. a decent Southern Miss defense.

2. Despite facing an offense that was breaking in a new quarterback, the defense still didn?t look totally dominating. This was a defense that ranked seventh in the Big Ten last year. Big plays? They were few and far in between in 2011, ranking last in tackles for loss and ninth in sacks. On this day, the unit turned in few big plays, forcing just one turnover. Still, overall, there is plenty to build on, as the Huskers allowed just 260 yards to the Golden Eagles.

3. Nebraska will need RB Rex Burkhead. He left early in this game with an injury after running three times for 68 yards and a score. Bo Pelini says it isn?t a serious injury. Good, because the Huskers still will need a strong rushing game if they want to win big and challenge for the Legends Division crown. Ameer Abdullah stepped in for Burkhead and ran for 81 yards. True freshman Imani Cross also looked good with 62 yards on 11 carries. Watch this kid.

1. A win is a win. This isn?t figure skating. Style points don?t matter. Iowa trailed for much of this game to the defending MAC champion. Time and again, the Hawkeyes drove into Northern Illinois territory. And time and again, the Hawkeyes had to settle for field goals-until Iowa?s penultimate drive of the game. So, the staff will have many teaching points and the full attention of the players with Iowa State coming to Iowa City next Saturday.

2. Damon Bullock looks like he can be a legit running back. And that?s terrific news for a Hawkeye offense that needs a cornerstone running back at what has been a hexed position. How bad has it been? Iowa has gone through 10 running backs since 2008, losing backs due to injury and transfer at a stunning rate. Bullock ran 30 times for 150 yards, scoring the game-winning touchdown with under three minutes to play. He was the difference in the game. Period. End of story.

3. Special teams are, well, special. Mike Meyer kicked four field goals-including a 50-yarder en route to accounting for all the Hawkeye points through over three quarters. And Greg Castillo downed a punt at the Northern Illinois 1-yard line late in the game. After the defense forced a three-and-out, Iowa took over and set up Bullock for his winning run.

1. A win is a win is a win. Ask Iowa. The Badgers opened a 19-0 lead in the third quarter-then seemed to lose interest vs. a FCS foe. QB Danny O?Brien looks solid in his debut, hitting 19-of-23 passes for 219 yards and two scores. He also spread the wealth, dropping off passes to seven different players. Still, only 387 yards of offense and 26 points? Those aren?t the numbers we are used to seeing from this attack the past two seasons. Again, the coaches can call on lots of teaching points.

2. The defense looked solid. And, it turned in the play of the game when lineman Ethan Hemer knocked down a Northern Iowa pass on fourth down to kill the Panthers? last drive. The Badgers limited Northern Iowa to 306 yards with only 41 coming on the ground.

3. Montee Ball wasn?t at his best, but this was only a beginning. He ran 32 times for 120 yards and a touchdown, averaging only 3.8 yards per tote. I expect Ball to gain momentum as the season progresses, though Wisconsin doesn?t figure to be challenged much in the rest of the non-conference slate.