Did You See This? Taylor Martinez's five TD passes 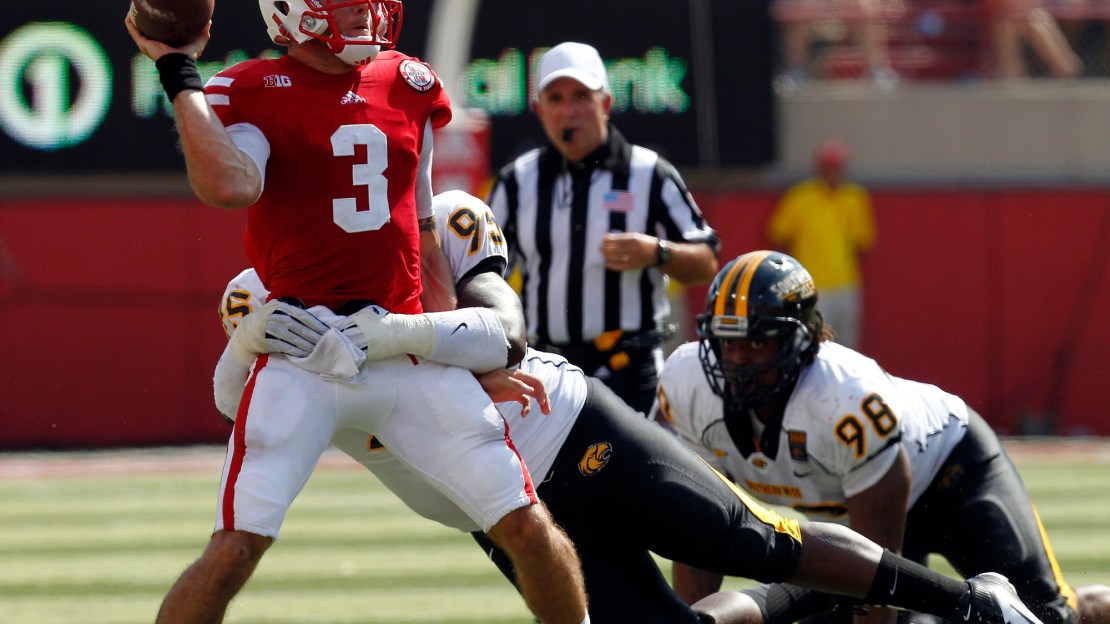 Nebraska quarterback Taylor Martinez never threw more than two touchdowns in any game last season. In Saturday afternoon's season opener against Southern Miss, the oft-criticized junior doubled that number with four scoring strikes. It was a career day for Martinez, who tied a career-high with five touchdown passes – also did it as a freshman against Oklahoma State – and set personal records for completions (26), completion percentage (76.5 percent) and yards (349). Watch all of Martinez's scoring strikes now.

And here's TD pass No. 5, this one to Ameer Abdullah:

Not a bad day, huh? Sure looks like Martinez's work with a quarterback coach this offseason paid off – at least for one game.