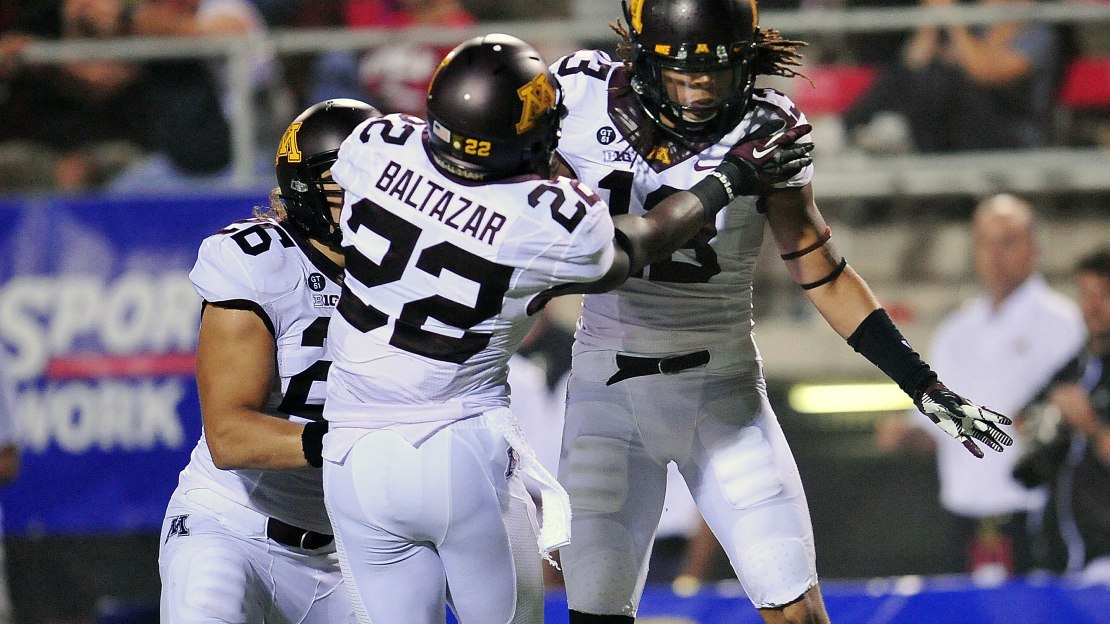 MarQueis Gray threw two touchdown passes to John Rabe in overtime, and Jordan Wettstein hit a 32-yard field goal in the third extra session to lift Minnesota over UNLV 30-27 Thursday night in the season opener for both teams. Wettstein's field goal was set up by Derrick Wells' second interception against redshirt freshman quarterback Nick Sherry. In the second overtime, Sherry threw a 6-yard TD pass to Devante Davis on fourth down to tie it at 27-27.

Rabe's first overtime score was from 10 yards down the middle to make it 20-20. Gray found him wide open from 25 yards out on the first play of the second OT.

UNLV's Tim Cornett had 127 rushing yards and two touchdowns on 25 carries. He had an 18-yard score in the first overtime.

This was the first-ever meeting between the teams.