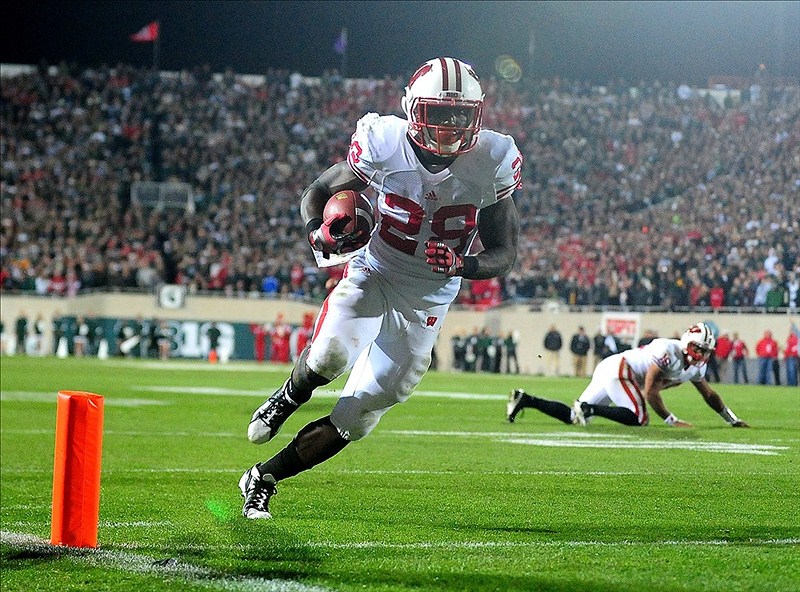 This is the first edition of a new weekly post where I will look at one key question for each team in a piece called: 12 Teams, 12 Questions. I'll roll these out every Tuesday and look forward to hearing what you think about your team and your team's games.

Remember: Minnesota plays Thursday, Michigan State plays Friday, and the rest play Saturday. Our Big Ten football scoreboard will be a handy bookmark, but also stay in touch with me on Twitter all week and during games. I'm @BTNTomDienhart and I love to hear from readers.

Illinois: The Western Michigan game will allow us to begin to answer the basic question: Who is this team? No Big Ten school has been more secretive and clandestine than the Illini and first-year coach Tim Beckman. How will the defense look? Aggressive? Passive? Will the spread scheme work with the personnel? Honestly, I?m not sure how much we will discover vs. a MAC team in the opener.

Indiana: Will the junior-college transfers make the defense better? The unit has a chance to get off to a nice start vs. FCS Indiana State. But, the Hoosiers can?t take anyone lightly coming off a one-win season. In 2011, Indiana ranked last vs. the run (243.7 ypg); eighth vs. the pass (215.0 ypg); last in points allowed (37.3 ppg). And Indiana also produced a mere 16 turnovers, the second fewest in the Big Ten. JC linebackers Jacarri Alexander and David Cooper; end Justin Riverside; safeties Tregg Waters and Ryan Thompson need to help.

Iowa: How will the running back situation work out? Iowa has suffered a bizarre string of departures and injuries in recent seasons to its running backs, crippling depth of the position. The Hawkeyes have a tough opener vs. Northern Illinois in Chicago, so this will serve as a good litmus test for backs like sophomore Damon Bullock and true freshman Greg Garmon.

Michigan: Will Fitz Toussaint play? The world watches and wonders. A recent Wolverine depth chart listed Toussaint No. 1 at running back, but Brady Hoke said no decision has been made on if he will play vs. Alabama. Without Toussaint, Michigan may be hard-pressed to topple the defending national champs. But, I?m not gonna underestimate a Hoke-coached team.

Michigan State: Will Andrew Maxwell look sharp? The new quarterback will face a Boise State defense that is being overhauled but still has talent. I expect the Broncos to commit to stopping Spartan running back Le?Veon Bell. Can Maxwell make Boise State pay if that happens?

Minnesota: Is the defense better? The Golden Gophers have infused their porous defense with JC transfers like DBs Briean Boddy, Jeremy Baltazar and Martez Shabazz. A game at UNLV will be a nice test for the overhauled unit, which also presumably has gotten quicker with Brock Vereen and Derrick Wells shifting from corner to safety and James Manuel switching from safety to linebacker.

Nebraska: How will the offense look? Southern Miss typically has a tough defense. And new coach Ellis Johnson is a defensive mastermind. That will make this is nice test for a Husker attack that needs to take the next step in its development, especially quarterback Taylor Martinez. Is he passing well? He has plenty of weapons around him at wideout and running back, along with a strong line.

Northwestern: Has the defense improved? The Wildcats struggled on defense, as communication issues in the back end were an issue. And playmakers were few and far between for a team that registered too few sacks and tackles for loss in 2011. A road game at Syracuse will be a good testing ground for coordinator Mike Hankwitz?s crew.

Ohio State: Will Urban Meyer?s debut be smashing? We have heard, read and watched so much about Meyer in recent months. Now, the wraps finally will be taken off his much-anticipated era. Miami (Ohio) awaits. The Buckeye defense should dominate. It?s the offense that I?ll be watching. In particular, the passing of quarterback Braxton Miller.

Penn State: Where do I begin with Team Turmoil? No. 1, I want to see how the offense looks against a stout Ohio squad. We have heard so much about Bill O?Brien and his New England Patriots offense. Can quarterback Matt McGloin execute it? And in this tight end-centric offense, will any emerge?

Purdue: How is the quarterback rotation gonna work? The Boilermakers will use Caleb TerBush and Robert Marve. How will No. 3 man Rob Henry be used? Danny Hope has said all three will play. I?m not sure we will discover much in a season-opening visit from FCS Eastern Kentucky. And I don?t expect Purdue to work on a passing game that needs work, as it may muscle up and try to run its way to victory

Wisconsin: How much will Montee Ball play? A visit from FCS Northern Iowa doesn?t figure to pose much of an issue. Knowing that, will the Badgers want to use Ball much as he comes back from a concussion? Then again, if Ball wants to make another run for the Heisman, he likely will need big numbers in every game-including this one.