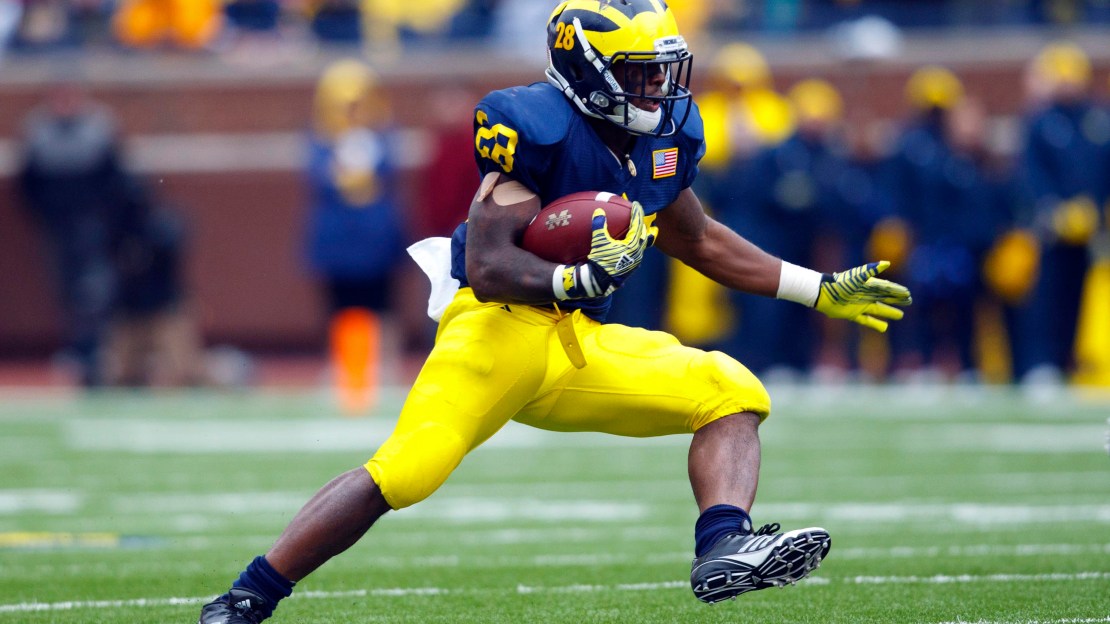 Fitz Toussaint is listed first at running back on a Michigan depth chart released this morning. But he has yet to be cleared to play.

?We haven?t made a decision yet,? Hoke said today at a press conference.

When will a decision be made?

This is big news for the Wolverines, coming off an 11-2 season as they open their season on Saturday in Arlington, Texas, vs. defending national champion Alabama in arguably the biggest game of the opening weekend of the college football season.

Toussaint was suspended by Hoke after his July arrest on drunken driving charges. He began practicing with the team earlier this month.

With Toussaint, Michigan will have one of the top rushing attacks in the Big Ten, as he teams with quarterback Denard Robinson to make a formidable 1-2 punch. The Wolverines also have nice depth at running back, with Thomas Rawls, Vincent Smith and Justice Hayes also in the mix.

Still, Toussaint is the bellwether. Michigan needs him vs. Bama. He enjoyed a breakout season in 2011 as a sophomore, when he ran for 1,041 yards to emerge as one of the top backs in the Big Ten.

Even with Toussaint in the lineup, Michigan still may have a difficult time moving the ball consistently vs. a Crimson Tide defense that is one of the best in the nation.