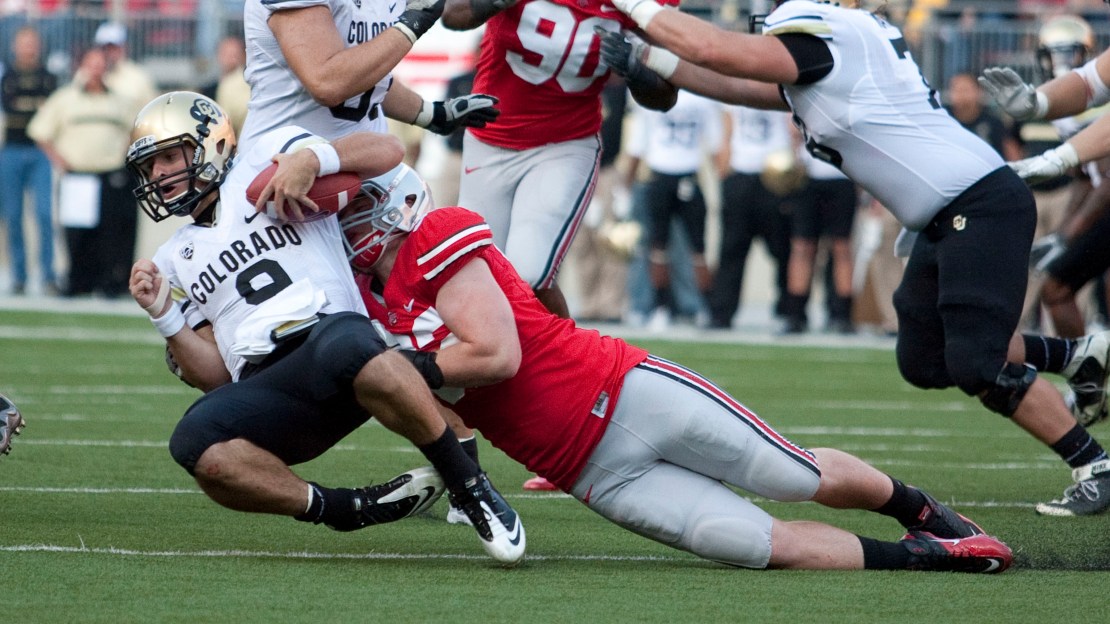 (AP) Ohio State linebacker Storm Klein, kicked off the team when he was charged with domestic violence, has been reinstated by coach Urban Meyer after pleading guilty to a lesser charge earlier this week.

Klein, a senior who started 10 games last year, will not be allowed to play until at least the third game. The No. 18 Buckeyes open Sept. 1 against Miami (Ohio) and then play Central Florida. Their third game is against California at home Sept. 15.

Klein was involved in an altercation with the mother of their child in July. He was charged with hitting his former girlfriend during an argument at his apartment. He pleaded guilty Wednesday to a misdemeanor that his attorney said was the equivalent of "making excessive noise."

Meyer had cited a violation of "core principles" of the program when he dismissed Klein from the team soon after he was initially charged. The coach said at the time he would re-evaluate the situation if circumstances changed.

In a statement issued Thursday night, Meyer said, "As I had indicated previously, if there are any changes in the charges against Storm, I would re-evaluate his status. The charges that would have violated our core values have been totally dismissed. I have spoken extensively to members of both families and that has prompted me to re-assess his situation and allow him back."

After Klein entered his guilty plea, a Franklin County Municipal Court judge sentenced him to 18 months of probation and court costs. A protection order, preventing Klein from having contact with the mother of his child, was lifted.