Football Tour: Finishing it up at Michigan 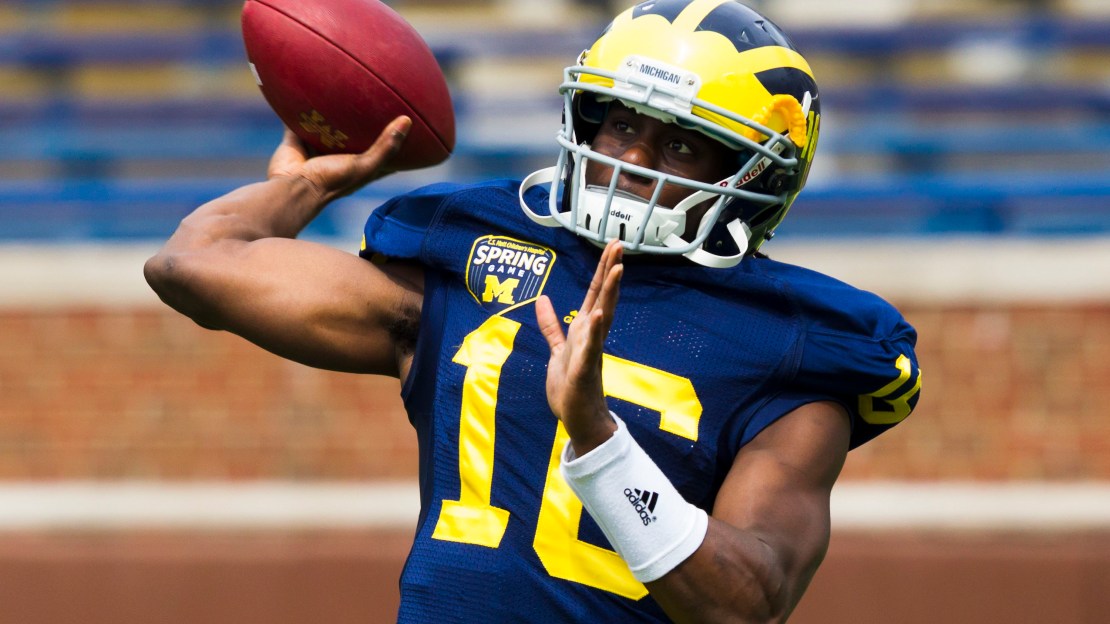 The BTN bus is heading south from East Lansing to Ann Arbor for the 12th and final stop on our grand tour of every Big Ten training camp. Watch the Michigan Preview Show at 10 p.m. ET Friday on BTN/BTN2Go.

This may be the top team in the Big Ten, as the Wolverines are the highest-ranked league squad in the AP and Coaches? polls coming off an 11-2 season under Brady Hoke. But to live up to those expectations, some questions have to be answered.

Among those on offense are at receiver. Who will step up? Jerald Robinson? Jeremy Gallon? Is Roy Roundtree OK after knee surgery? And how does new center Ricky Barnum look? The left guard spot also remains open, with three players battling. And, of course, I want to see how Denard Robinson is throwing the ball.

On defense, my eyes will be glued to the line. I want to see if big tackle Will Campbell is in shape and playing with a purpose. I expect the back seven to shine, as there really are no questions at linebacker or in the secondary. But I do want to see how the linebackers are tackling and blitzing, areas defensive coordinator Greg Mattison said must improve.

Punting also will merit some scrutiny, as I know Brady Hoke hasn?t been pleased with the early work in that department with Matt Wile and Will Hagerup in a close battle.