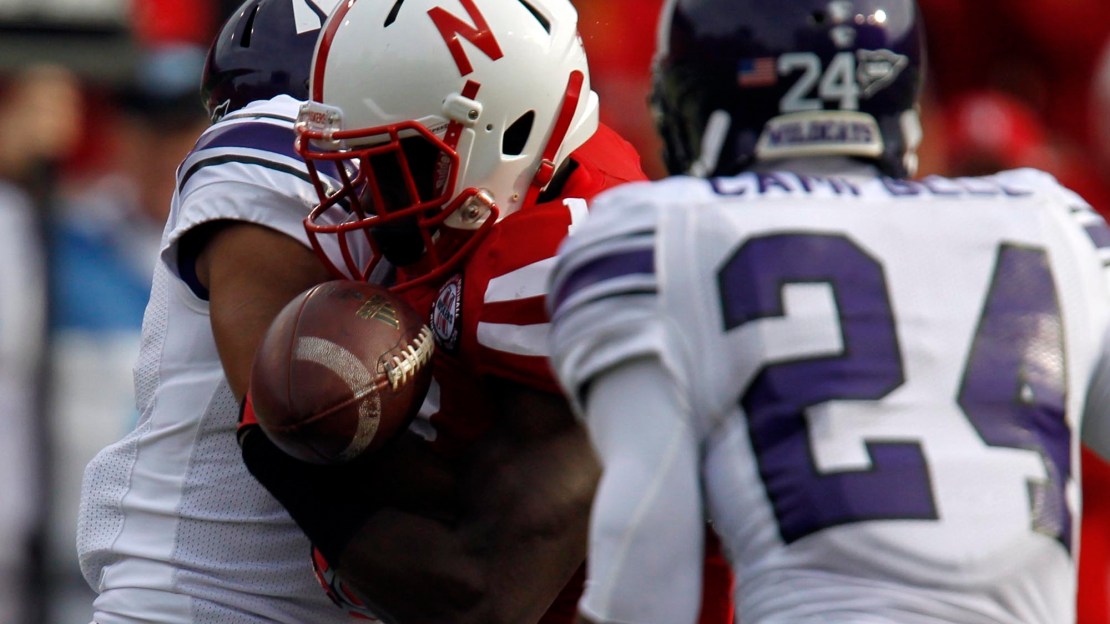 The BTN tour continues Wednesday, with the tour bus stopping in West Lafayette, Ind., to take in Purdue practice. On Tuesday, we watched Northwestern in Kenosha, Wis., and here are my thoughts from that practice. Don't forget about the Northwestern Preview Show at 10 p.m. ET Wednesday. Until then, enjoy Wednesday's Big Ten web links.

IMPORTANT COG UNDER CENTER: The key to the Michigan State season? According to CBS, it?s quarterback Andrew Maxwell.

I can agree with that. Maxwell has skills on par with departed Kirk Cousins and the junior isn?t a newcomer to the program. But, we still don?t know how he will respond to pressure situations. And can he be a leader? That was a trait that Cousins had in abundance.

RESPECTED BLOCKER: As far as receivers go, Nebraska?s Quincy Enunwa is a blocker that even offensive linemen can respect. Really.

I saw the guy in action in practice last week, and he?s a tough, physical blocker in the running game. In fact, I challenge anyone to find me a better blocking wideout in America. Go ahead, try.

WHAT TO EXPECT FROM ILLINI: Illinois coach Tim Beckman is all about being secretive. Left with an information void, Bob Asmussen of the Champaign News-Gazette has come up with five things we may see from Beckman?s squad in the opener.

No big surprises. The offensive line is the ultimate work in progress-and expect lots of passing. And it sounds like Miles Osei could be one of the Big Ten?s most versatile performers. I still am curious to see who will catch passes and be the top rusher. And, will the defense be as good as I think it can be?

Well, he better shine, since the attack already has lost its top running back in Silas Redd (USC) and its top receiver in Justin Brown (Oklahoma) to transfers. I still expect defenses to stack the box to try to stop backs Bill Belton and Curtis Dukes and dare McGloin to throw. Can he deliver? And can the wideouts step up?

BACK AGAIN: Purdue running back Ralph Bolden is back! Back from yet another knee injury that seem to be inherent in this Purdue team under Danny Hope.

Bolden is limited in camp, as staffers nurse him along. Without a doubt, if healthy, he is the Boilermakers? top runner-no offense to the Akeems (Shavers and Hunt). If Bolden can stay upright, it will go a long way toward making this somewhat sketchy Boiler offense better.

THINGS TO WORK ON: So, Michigan defensive coordinator Greg Mattison is bothered by his unit?s lack of consistency thus far in camp?

I don?t think it?s a complete surprise. I think the back seven should be good, especially the secondary. The linebacker corps also is loaded with veteran talent, but it must tackle better and make more big plays. The line is what worries me. Three starters are gone, including stud tackle Mike Martin. It?s vital for this group to develop if Michigan wants another 11-win season. That opener vs. Alabama and its rugged ground game will be the ultimate test.

PUTTING THE PIECES TOGETHER: Iowa is set at quarterback with James Vandenberg, who may be the top passing signal-caller in the Big Ten. And the backup situation looks solid with redshirt freshman Jake Rudock.

But he has some competition for the job, as staffers brought in JC transfer Cody Sokol and true freshman C.J. Beathard. Still, Rudock has a nice future. I liked how he threw when we were in Iowa City last week.

THINGS TO WATCH IN 2012: The great Dennis Dodd of CBSSports.com gives us 25 things to watch for the 2012 season, which can?t get here soon enough.

Why do the Spartans matchup well with America?s hottest league? It?s the defense.

MIXING IT UP IN MADISON: Is Badger running back James White in line for a new role this fall?

In this video, the fleet Wisconsin dynamo says he is willing to do anything and play anywhere if it means helping the team. Ya gotta like that attitude.

My take: I?d say Oates hit this right on the head.

My take: I saw this guy in practice and agree. He?s one of several JC transfers on the Gopher defense who could really improve this unit.

Pat Fitzgerald called Kain Colter "special." Adds: "I hope those three little knuckleheads named Fitzgerald (sons) grow up to be like that."

My take: Colter is a special kid-on and off the field. Yes, he lacks height, but he?s a great athlete who is an underrated thrower. I don?t think NU will skip a beat under center with Dan Persa gone.