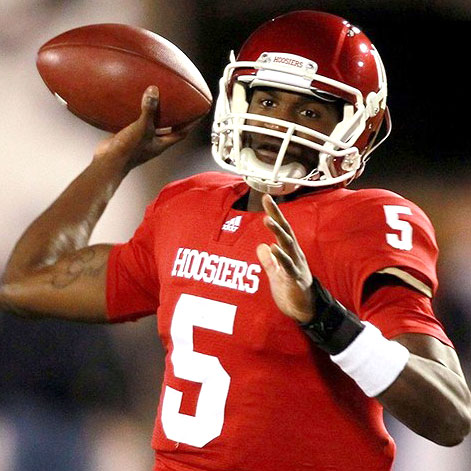 The BTN bus heads south from West Lafayette to the rolling hills of bucolic Bloomington in beautiful southern Indiana to check out Kevin Wilson?s 2012 Hoosiers. Watch the Indiana Preview Show at 10 p.m. ET Friday on BTN/BTN2Go.

This is one of my favorite staffs, and I will be interested to see what type of progress Wilson and Co., have made as the regime enters its second year trying to rebuild the Indiana program coming off a one-win debut.

I will keep a close eye on the defense, which was-well-horrible last season. I?m not expecting a miracle, as the personnel still needs to improve. But I want to see what the team speed looks like. How do JC transfer linebackers Jacarri Alexander and David Cooper run?

This defense needs a big upgrade in athletic ability and speed. The line could be the best part of the defense with two starting tackles back. But who is going to rush the passer? A good rush will be needed to help a secondary that too often in 2011 sprung a leak. Three starters are back. Have they improved?

On offense, new coordinator Seth Littrell will juice up the passing game, so I will watch to see how likely starting quarterback Tre Roberson is throwing the ball. He needs to show more calm and savvy in the pocket-as well as a better touch-to allow patterns to develop and to look for the secondary receiver. It sounds like there are some decent wideouts on campus.

[BTN.com: View all of our football tour coverage]

The running game long has been a sore spot. Is the line physical? Is back Stephen Houston running hard? Wilson knows he likely never will have a steel curtain defense. So, to win games, Indiana likely will need to outscore foes. That?s why it?s so vital for this offense-and the aerial game in particular-to do well.