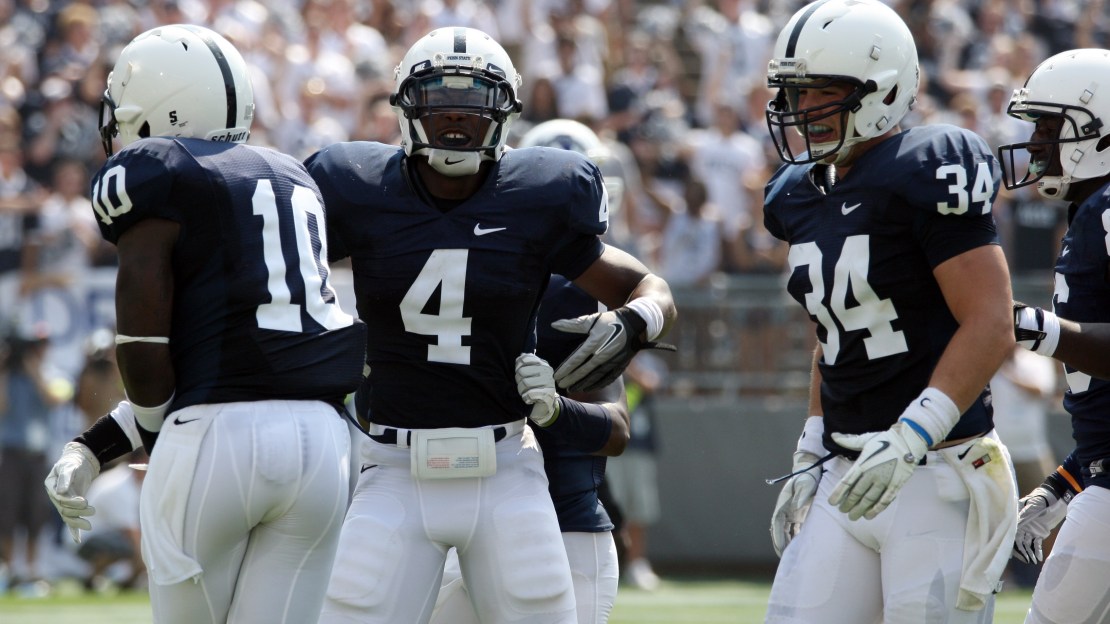 Today, we're at Wisconsin practice for the BTN bus tour. Here's what I want to see from the Badgers. You can watch the Wisconsin Preview Show at 10 p.m. ET Tuesday. Until then, check out Monday's Big Ten web links in this post.

BALL MEETS THE MEDIA: Star Wisconsin running back Montee Ball addressed the media for the first time since an assault earlier this month left him with a concussion.

He didn?t offer any true insight into the event, as there is an on-going police investigation into the matter. But sage Wisconsin State Journal columnist Tom Oates doesn?t think the assault will impact the Badgers.

Oates is right. Ball will be ready to go once the season starts. And should he have any struggles, Wisconsin is fortified with depth at running back that is unmatched by any team, with James White and Melvin Gordon being nice options.

TALENTED UNIT: Is it really true? Are Northwestern?s receivers really the best in the Big Ten? ESPN.com thinks so.

It could be, but the Wildcats lost a lot with Jeremy Ebert, Drake Dunsmore and Jacob Schmidt gone. Plus, Kain Colter will be a full-time quarterback this year. But the optimism swirls around players like Demetrius Fields, USC transfer Kyle Prater, Rashad Lawrence, Mike Jensen, Christian Jones, Tony Jones, Cameron Dickerson and Pierre Youngblood.

Now, can Colter get them the ball?

DEEP IN THE TRENCHES: Iowa has many options on the offensive line. And, that?s a good thing

The Hawkeyes will need their front to get a consistent push to create holes for a running back corps-led by sophomore Damon Bullock and freshmen Barkley Hill and Greg Garmon–that has questions. When I watched the team practice last week, I was impressed with the tackles Brandon Scherff and Brett Van Sloten. This could be one of the Big Ten?s better fronts.

READY TO GO: Michigan?s Fitz Toussaint and Frank Clark have been cleared to practice.

This is great news for the Wolverines, who need both if they wish to make a run at the Big Ten title. And that run begins in the season opener vs. Alabama in Arlington, Texas. Without Toussaint in particular, Michigan would have a difficult time beating the defending national champion Crimson Tide. Yes, Brady Hoke says no decision has been made yet on if the duo will play vs. Bama on Sept. 1. But, I will shocked if they aren?t playing.

Detroit Free Press columnist Drew Sharp thinks, however, the moral high ground is more important than wins for the Wolverines and that the duo should sit for the Bama game.

JAKE THE RECEIVER: It is no secret that Ohio State needs help at receiver. To that end, 6-5, 245-pound tight end Jake Stoneburner has been moved to wideout.

This is the spot that the senior began his Buckeye career. Now, he?ll be a big target in the slot or on the edge for Braxton Miller. It?s a nice and smart move by the coaches, as Stoneburner will be a matchup nightmare for defenses. And OSU is able to move him because of the play of tight ends Jeff Heuerman and Nick Vannett.

CREATIVE RECRUITING: Listening to Jerry Kill after practice recently, he talked about how his team isn?t like everyone else, how it has to be different to be good. As a result, he and his staff look high and low for talent-including the heart of SEC country.

And Kill has some nice freshman from that region, like wideouts K.J. Mayes and Jamel Harbison. Seeing both up close, they are impressive for what could be a very underrated Gophers team.

KEYS TO SUCCESS: Who are the key players for Iowa success in 2012? Check this out.

I think Pat Harty of the Iowa Press-Citizen has some good names here. Wideout Don Shumpert will bring needed speed to receiver as the No. 3 option. Running back Damon Bullock has the size and versatility to carry the load, while strong safety Tom Donatell has the savvy and skill to beat touted Nico Law for a starting slot.

There are others read on?

PLENTY OF CAPABLE GUYS: It?s no secret. I have said time and again that I think Michigan State will be the top team in the Big Ten this season. And tremendous depth is one reason why.

The squad won?t miss a beat if it has to go to the second team at almost any position. That?s a testament to how well Mark Dantonio and Co., have recruited.

In talking to Nittany Lion defensive coordinator Ted Roof in the spring, he told me he likes the talent and potential he has in the back end of a defense that is replacing all four of its starters. Roof likes to play an aggressive style, and Amos has the skills to do that for a defense that needs playmakers.

PREDICTING PENN STATE: Twenty media who cover Penn State were surveyed to see what they felt would be the Nittany Lions? record this year.

That, to me, is a best-case scenario. I think a 6-6 mark may be more realistic. Here is how I breakdown the schedule:

That is 6-6, and I felt funny penciling in a few of the wins.

TRIO OF QUARTERBACKS: Purdue?s plan to use three quarterbacks has some shaking their heads. But Boilermaker coach Danny Hope says it can work.

Caleb TerBush is the returning starter, and Robert Marve and Rob Henry also are back, giving Purdue lots of experience under center. It will be fascinating to watch this play out. There is so much to like about this Boilermaker squad that has a Big Ten-high 19 starters back and the makings of a good defense. Will this quarterback situation prove to be an issue?

NEED MOORE BACK: Nebraska needs offensive tackle Tyler Moore to return to the team after he recently left to deal with some personal issues.

The Husker line looked pretty well set before Moore?s departure, with center being the lone unsettled spot. Moore was considered to be perhaps the team?s top lineman-in addition to guard Spencer Long. Nebraska has nice depth at tackle, with Brent Qvale and Andrew Rodriguez also capable of starting along with Jeremiah Sirles. Still, Moore?s talent is a must.

Surprised by how many Iowa fans I've spoken with recently who think the Hawkeyes will be 1-1 after the first two football games.

My take: Where?s the confidence? By the way, the Hawkeyes open vs. Northern Illinois in Chicago and come home to play Iowa State.

My take: Yes, I think Sip has it just about right.

Hoke said he has talked about media picking his team to win B1G. Said "you guys don't really know much, and it doesn't really matter."

My take: Hoke is right. Just tune out the media.

IU coach Kevin Wilson said there is no QB debate. Tre Roberson is the man. Not really a surprise.

My take: Roberson is the experienced hand who gives the offense its best chance to excel. And Wilson has said the attack needs to score more-a lot more.