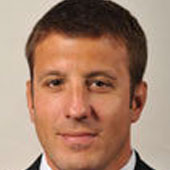 NUsports.com posted the final Olympic update from Wildcats head wrestling coach Drew Pariano, and we?re sharing it here as part of our Big Ten Olympic coverage. Pariano and associate head coach Tim Cysewski headed to London to support Northwestern graduate and U.S. wrestler Jake Herbert as he competed in the the 84 kg freestyle division. In this last entry, Pariano explains how well Herbert handled a frustrating and controversial Olympic experience.

"Jake Herbert was involved in two of the most controversial matches at the 2012 Olympic Freestyle Wrestling competition. Both matches involved official challenges that resulted in points for his opponents. Throughout it all, Jake was full of class and did himself and the United States proud.

The entire Herbert support group was there to greet him after his matches and it was an emotional welcome to say the least. The sport of wrestling will at times "tear your heart out" and Saturday was a prime example of that fact. It's an extremely personal sport and all of our student-athletes at Northwestern train very hard to be able to compete at the highest levels. Jake has set the stage for everyone who follows in his footsteps.

Jake's overall mood was one of appreciation. He thanked all of his supporters, family members and NU friends personally on Saturday night. I for one was again impressed with Jake; not a lot of world class athletes' could pull it together to sincerely thank each and every person who traveled to London for him – Jake did.

I believe that there are too many cliches in sports and most of them drive wrestlers and their coaches crazy. So, I won't even begin to think about some of the ways to put it into words other than to say: We will have the opportunity to see Jake compete internationally for the next several years. Those were the words coming from Jake throughout Saturday evening. He is determined to bring home a World title in 2013."