Nebraska tradition put on hiatus due to helium shortage 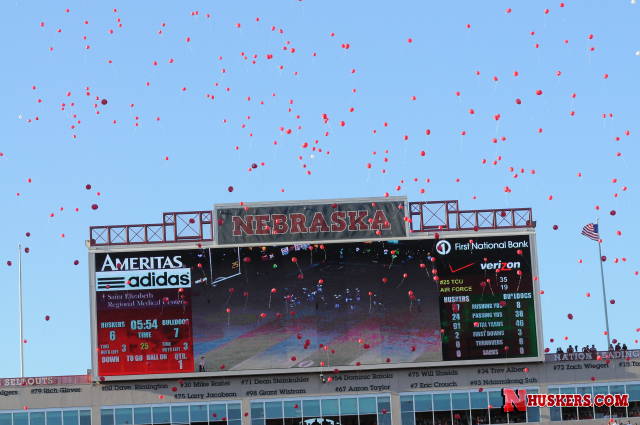 Ever since 1940s, Nebraska has released Big Red balloons into the sky following the Huskers' first touchdown at Memorial Stadium. The tradition will live to see one more day, in the 2012 opener against Southern Miss, but it will be put on indefinite hiatus until a global helium shortage is solved. According to Huskers.com, the team will release 2,000 to 2,500 balloons – compared to the usual 4,000 to 5,000 – if and when the Huskers score their first touchdown Sept. 1 to give fans one last photo op.

To make up for the loss of the tradition, the Huskers will focus even more energy on the team's other four traditions, Huskers.com reports:

"Fortunately, Nebraska's four other major football traditions will go into extra gear to compensate for one that Nebraska Sports Information Director Emeritus Don Bryant says has been around since a student-based girls group launched when they hawked red helium-filled balloons on "O" Street in the 1940s. "I remember them selling those balloons downtown hours before kickoff and then selling whatever they had left inside the stadium, along with food and popcorn," Bryant said Thursday."