Dienhart: Getting ready to see the Gophers 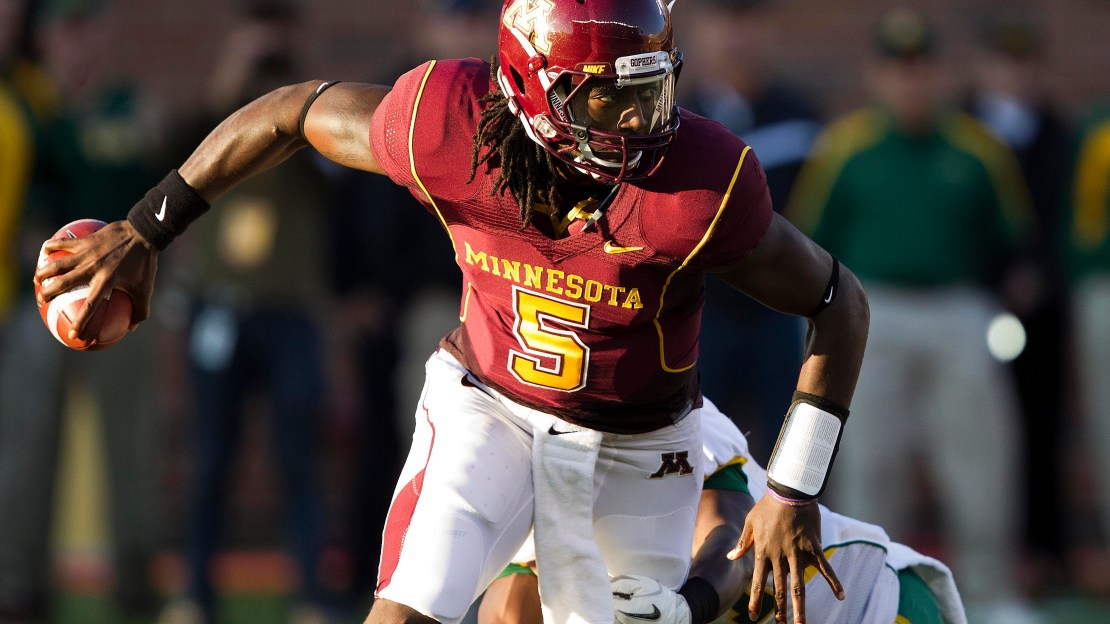 The BTN tour bus stops at Minnesota next. And there will be a lot to watch at Saturday afternoon's practice in Minneapolis at the Gibson Nagurski Football Complex. The Minnesota Preview Show will air at 10 p.m. ET Sunday. Jerry Kill?s second team has lots of questions. On offense, I will watch to see how quarterback MarQueis Gray is passing the ball. He hit just 50.7 percent of his passes last year. That must improve, while also maintaining his vast running skills.

But who will be Gray?s targets? Brandon Green looks legit, but others like Devin Crawford-Tufts, Isaac Fruechte and Marcus Jones need to emerge. The running back situation also merits watching. Donnell Kirkwood has had issues staying healthy, which is why James Gillum was brought in from a JC. How are they running for what was the Big Ten?s worst offense in 2011?

The defense will bear even more scrutiny, as there is a dearth of apparent playmakers. I can?t wait to see big junior defensive tackle Ra?Shede Hageman, who looks primed for a breakout as possibly one of those playmakers. And how is senior cornerback Troy Stoudermire playing after missing most of 2011 with a broken arm? The play in the secondary was spotty-at best-last season and must improve. Linebackers Mike Rallis and Keanon Cooper need to be leaders and playmakers.

Just being in Kill?s system for a season, I expect this team to look more cohesive and confident. And that will go a long way to improved play in 2012.