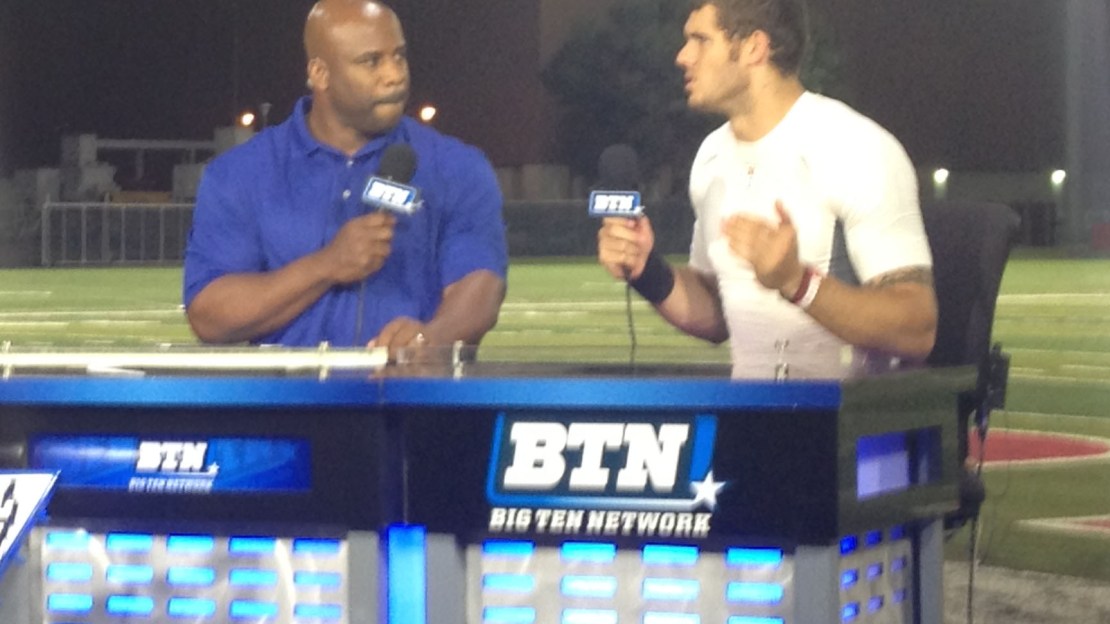 Throughout the seasons, I answer your Big Ten football and basketball questions in my Big Ten Mailbag. While on the BTN summer bus tour, I?m fielding questions from every stop along our 3,000-plus mile trek across Big Ten country. We were at Nebraska practice Thursday night, and Husker fans sent me their questions. We'll be at Minnesota practice Saturday, and here?s what I want to see from the Gophers. If you have a question, send it to me in the box at the bottom of this post or tweet it to me (@BTNTomDienhart).

Do you think Taylor Martinez?s work in the offseason will result a better performance from him this season? – Drew Meyer

It is tough to say how much better Martinez is. He spent considerable time working in California in the offseason with a private coach. Martinez wanted to improve his footwork in particular and his mechanics as a whole. When I saw him in practice, he had his moments. He does seem to throw the ball with better velocity, but his touch looked spotty on some long patterns down the sidelines. We honestly won?t really know how much Martinez has improved until the Saturday night lights get clicked on and he?s being chased and pressured. Will his mechanics breakdown under duress? Will he fall into old habits when under pressure? Again, only true game situations will tell us those things. But, so far, so good to a degree.

What did you think of Terry Joseph, the new Nebraska secondary coach? – Darrell

I didn?t get a chance to catch up with Terry. But I have heard lots of good things about him. In talking to John Papuchis and Bo Pelini after practice, they love the guy and the energy he brings to the staff. Others around the program have told me Joseph is a better fit for the staff than the departed Corey Raymond, who left to coach at LSU. And don?t underestimate the hiring of defensive line coach Rick Kaczenski from Iowa. He?s an up-and-coming coach who Iowa didn?t want to lose.

After watching Nebraska practice and talking to the coaches, do you still think the Cornhuskers are a third-place team in the Legends? – Tim

I may be having second thoughts, honestly. Michigan and Michigan State are the picks of most people to finish at the top of the Legends. Myself included, as I like the Spartans. But Nebraska has a shot to win the division. I think the offense will be fine, as long it avoids third-and-longs. That means winning first downs is important, so the Huskers can continue to lean on what should be a devastatingly good running game.

The defense is another reason why Nebraska has a shot to push for the Legends crown. This is a deep, talented and fast defense that figures to start as many as seven seniors. And it all begins with what looks like a strong front seven. If Nebraska gets teams in bad third-down situations, it will make them pay. The schedule gives me some cause for concern. Michigan and Wisconsin come to Lincoln, while Nebraska must go to Michigan State and to Ohio State. The non-conference schedule is very manageable. Bottom line: a 6-2 Big Ten mark (along with a 4-0 non-league record) may be enough to push the Huskers into the Big Ten title game.