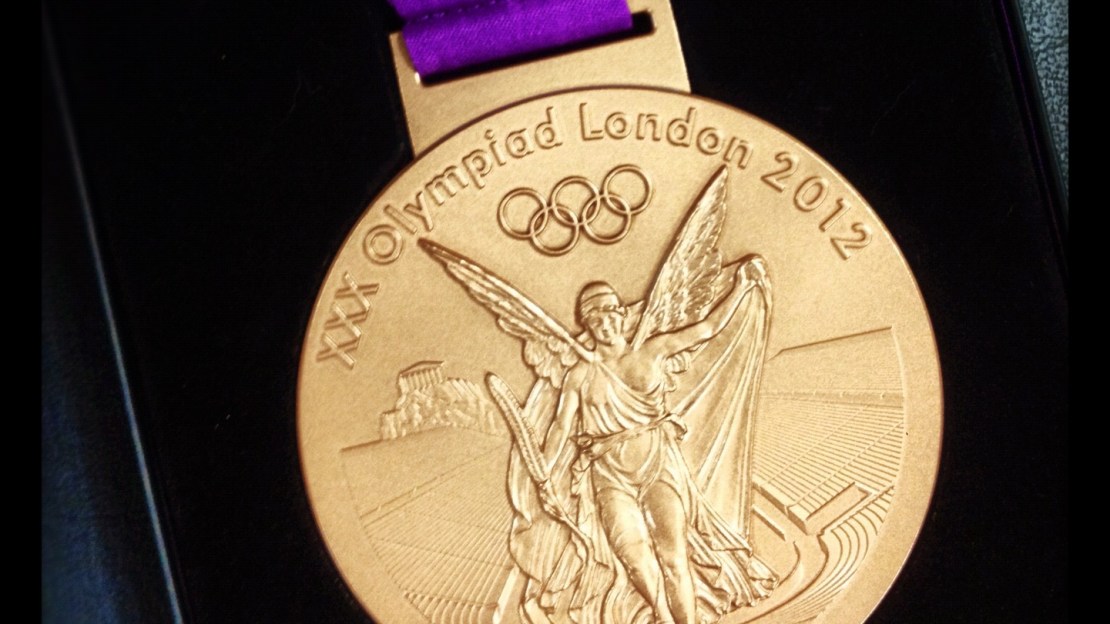 As a dual citizen of the U.S. and France, Indiana swimmer Margaux Farrell is competing for France in the 2012 Summer Olympics. In her latest Big Ten Olympic Journal entry, Farrell describes the thrill of winning a bronze medal. Read her journal entry among others in our Big Ten Olympic section.

"It has been a week since I raced at the Olympics games and my head is still spinning from everything that has happened since then! I cannot believe that I will be taking home a bronze medal? it still has not become a reality to me.

Overall, I would say that the athletic aspect of my Olympic experience was something I learned a lot from. While I would have liked to have been faster in the qualifying race, I know that there were a lot of factors that influenced my performance.

For one, it was a little bit stressful to walk out onto the pool deck and to look up and see 17,000 people screaming and cheering. I knew there was a lot of pressure riding on this race and my job was to make sure we could secure a spot in the final that night. I was looking for a best time split, but instead I ended up going just a hair slower than my PR. All in all, not too shabby for a first Olympic swim, the most important thing was making sure we got into finals, and we did.

So, while I am happy with how I did, I honestly can?t remember my race all that well. My adrenaline was so high that it's now a blur to me. I remember walking out onto the deck and diving into the pool, but after that, the rest is history. That night, however, I do remember that I was extremely stressed and nervous watching the final. When our anchor finally hit the wall and we all saw that we had finished in third, I was speechless.

I am a very talkative person normally, so it is not often that people don?t hear me joking around or chatting with someone. However in that instant, and for the 30 minutes to follow, I did not say a word. My hands were trembling and my brain was having trouble telling me that I was a member of this bronze medal relay team. I was and still am so proud and honored that I was able to be a part of the 4×200 meter freestyle relay with those 5 other girls. That memory made so much of my swimming career-low points, doubts, missteps, and everything else that goes wrong in sport, seem worth it.

Since the race ended, I have been enjoying London, shopping, sight-seeing, relaxing and taking advantage of not having such a rigorous athletic schedule. However, I?m surprised at how busy I?ve been, even though I?ve stopped swimming.

Every day has been a new adventure for me. Just yesterday, I met up with a friend of mine from high school who showed me around her favorite places, and the day before I got to go see a volleyball game. I can?t believe it is already Thursday, though, and that the games will be over in a few days. There is still so much I want to do! I?m crossing my fingers right now, because I?m hoping to get tickets to rhythmic gymnastics for tomorrow. We?ll see though? today I?m back in London sight-seeing and enjoying life!"

And Farrell sent in a picture of her favorite new hardware. Impressive!

Editor's note: Farrell set a new school record in the 100-meter freestyle with a time of 55.69 in prelims at the 2011 World University Games in China this past August. Find Farrell's full bio page at IUHoosiers.com