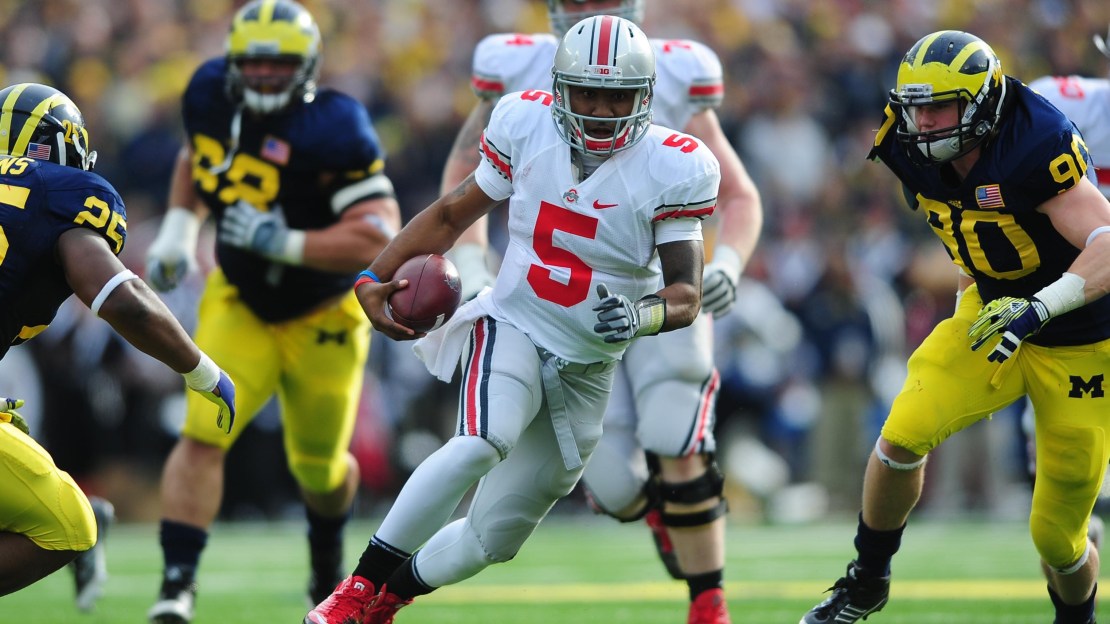 We're in Lincoln, one day after watching Iowa practice on the first stop of our summer bus tour. Don't forget you can watch Iowa's preview show at 10 p.m. ET Thursday. Until then, here are Thursday's best Big Ten web links.

MORE ON MEYER: ESPN has a monster story on Ohio State coach Urban Meyer that is fascinating in its gritty and detail-detail that often times makes you wince.

Example: When Meyer?s daughter Gigi was making comments at a ceremony at her high school while announcing the college she was attending to play volleyball, she looked at her dad and said: You missed everything. You weren?t there.

Meyer has sacrificed a lot to reach the summit of this profession. Reading the story, you don?t know if all the wins and titles were worth it. But, he says he has changed his hard-charging, maniacal ways that led to insane work habits and debilitating health issues while Meyer coached Florida.

NOTHING TO SEE HERE: Have you checked out the Big Ten non-conference schedules? Hmmm. Tom Oates of the Wisconsin State Journal has.

And, he?s not impressed.

He has some good points. Aside from the Michigan-Alabama game in Arlington, Texas, and the Boise State at Michigan State game, there isn?t much pizzazz. Michigan at Notre Dame will be fun, and ND at Michigan State also could be interesting.

But, frankly, that?s about it.

DID YOU KNOW? Think you know everything about your beloved Iowa Hawkeyes? Think again, says the great Mike Hlas of the Cedar Rapids Gazette.

See, I bet you didn?t know that.

Tibesar has a chance to have one of the better defenses in the Big Ten that could help backstop the Boilermakers? dark horse candidacy in the Leaders Division. Keep an eye on the line in particular. I think end Ryan Russell could be special.

GOOD THINGS TO REPORT: It?s a case of so far, so good for Wisconsin defensive end David Gilbert as he returns from a broken foot that wreaked his 2011 season before conference action began. The Badgers need Gilbert?s pass-rushing prowess off the edge if the defense hopes to take the next step.

TIME TO LEARN: Chase Rome and his fellow defensive tackles have had to learn a new technique under new line coach Rick Kaczenski, who wants to play four to six tackles each game.

Kaczenski thinks his line has more talent than maybe some people realize. The Huskers will need that line to set the tone for defense that needs to regain its Blackshirt form. It also needs to find some stars and playmakers.

READY TO BOUNCE BACK: Indiana tight end Ted Bolser is looking to regain his freshman form when he was ?Touchdown Ted.? And to achieve that, he has dedicated himself to a new diet that has transformed his body.

With new offensive coordinator Seth Littrell pushing the buttons on the offense with a commitment on passing more and better, Bolser could be in store for a big season.

You heard it here first.

MAKING THE MOVE: William Gholston did it. Now, Lawrence Thomas is doing it-moving from linebacker to defensive end. That?s scary news for foes.

Gholston has become perhaps the nation?s top end and a likely first-round NFL draft pick. Thomas has promise almost on par with Gholston, who is helping groom the redshirt freshman. This could end up being a brilliant move.

RAWLS WOULD BE THE GUY: If Michigan running back Fitzgerald Toussaint isn?t available for the Alabama, Wolverine offensive coordinator Al Borges says Thomas Rawls will be the guy taking handoffs.

Rawls is a big, physical back who can move the pile and batter foes between the tackles. But, he?s not a home-run hitter. Still, Rawls can loosen up defenses for quarterback Denard Robinson-who says you have to get out of the way when Rawls runs–to hit with a big play.

I mean, the Wunderkind coach has one of-if not the-most critical jobs for new coach Urban Meyer. It?s Herman?s offense that likely will determine how good this season will be for Ohio State. Questions abound, especially for a passing attack that was the worst in the Big Ten in 2011. Also: Who will catch passes? And how will the revamped line perform?

This will be interesting and fun to watch.

Pelini said there's more competition for positions than at anytime in his five seasons at Nebraska.

My take: This is great news, Husker fans. We all know competition makes everyone better.

Urban Meyer is seeking more of a camp-like ambiance next few days with work on "foreign" fields but still on campus.

My take: Anything to break routine or enhance team bonding. I guess this is a de facto way to ?go away? to camp.

O'B: "Defensive line and LBs are strength of our fb team. … Seeing some great things from Hodges."

My take: A great place for Penn State to start, as that front seven figures to help keep the team in games. Now, will the offense be able to score?